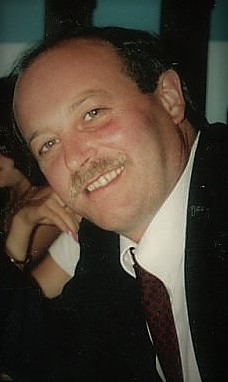 William, “Bill” Patrick Mullen, 63, husband of Mary Francis (Marlin) Mullen of Collegeville, PA, died peacefully Saturday, February 15, 2020, in Phoenixville Hospital with his family by his side.

Born on March 10, 1956, in Pittsburgh, PA, he was the son of the late William Albert and Frederica Jean (Ravenscroft) Mullen.

Bill worked on the railroad for 36 years before retiring in 2010. He started out his career as a Ticket Agent for the Penn Central Railroad in 1974 and then as a Locomotive Engineer for Conrail Railroad in 1978. In 1983 he landed with SEPTA for the remainder of his career as a conductor and engineer. He was a proud member of the Brotherhood of Locomotive Engineers and Trainmen (BLET) union and was elected President of his Division.

Bill loved to fish, go to the beach, and golf. He was an avid Philadelphia sports fan, especially the Phillies and Eagles and enjoyed sharing stories of his years on the railroad. He had a heart of gold and would start up a conversation with anyone who crossed his path. Listening to music was one of his favorite things to do, especially classic rock. Most of all he loved spending time with his grandchildren and his family.

In addition to his wife he is survived by two step-daughters:
Trish Rittenbaugh of Spring City, PA and Katie Appenzeller of Collegeville, PA.

Memorial donations may be made to Fox Chase Cancer Center, Office of Institution and Advancement, 333 Cottman Avenue, Philadelphia, PA 19111 or Foxchase.org.

To order memorial trees or send flowers to the family in memory of William Mullen, please visit our flower store.