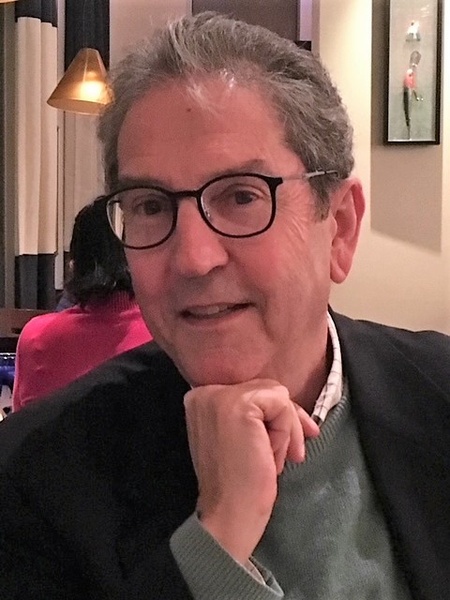 Bill, a longtime resident of Larchmont, NY, gently passed away on July 9, 2022 at age 74 after succumbing to the disease of Pulmonary Fibrosis.

Bill was born in The Bronx, New York to Lucile M. Bennett and Ralph S. Bennett, and moved at a young age to Westchester where he grew up and forged lifelong friendships.

Bill was educated at Saints John and Paul School, Mamaroneck High School, and Villanova University, graduating with a Bachelor of Arts Degree in Liberal Arts / Mathematics in 1970.  He furthered his education obtaining an MBA in Finance from Iona University.  He was honorably discharged from the United States Army in 1972 after serving in the New York National Guard. During the Vietnam War, he used to say, he “defended White Plains from the Viet Cong.”

Bill’s years in finance gave him many opportunities to work in Treasury roles at companies including Geico, United States Lines, GE Capital, Salant, Lillian Vernon, and VeraSun Energy. The last years of his career were spent at the U.S. Coast Guard, where he worked for the Community Services Command in Virginia Beach, VA until he retired in 2021. While at the Coast Guard he also served as a trustee for the Navy Exchange Service Command Retirement Trust, a pension fund.

Bill was a resident of Rye, NY; Maplewood and South Orange, NJ; Redding, CT; Virginia Beach, VA; and most recently King of Prussia, PA, where he moved in 2021 to be closer to family as his disease became more difficult.

Bill was a loving father, devoted husband, good listener and loyal friend. He was upbeat and remained that way all through his struggle with lung disease and dementia. He loved his family and enjoyed being with them especially this last year when traveling became more difficult. He remained a faithful and churchgoing Roman Catholic until illness prevented him from attending mass. His passions included the New York Yankees, white buck shoes, and Keen’s Chop House — where he would order fish instead of steak. He savored a bourbon Manhattan with two cherries and a cold bottle of Yuengling.

A private ceremony will be held for Bill with his immediate family. ​A celebration of his life may be held at a later date. ​

In lieu of flowers​, ​contributions ​may be made ​in his memory to a charity of your choice.
To order memorial trees or send flowers to the family in memory of William R. Bennett, please visit our flower store.