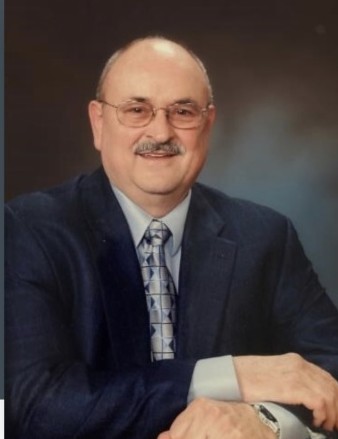 Thomas Gene Grubbs, 79 passed away on January 13, 2021, at St. Vincent Healthcare in Billings, Montana from complications of COVID-19.

Gene was born on April 1, 1941, in Danville, VA. He was the son of the late James C. and Delia A. Grubbs. He was preceded in death by his wife of almost 53 years, Linda Jean Grubbs. He was also preceded in death by sister, Ann Grubbs Hoskins; and brothers James C. Grubbs, Jr. and Calvin J. Grubbs. Gene is survived by two children and four grandchildren: daughter, Melissa Lynn (Grubbs) Duce, wife of Bryan William Duce, of Arlington, Virginia, and their two children, Talon William Duce and Logan Bryan Duce; and son, Jason Scott Grubbs, husband of Melissa Lynn (Heffner) Grubbs, of Pottstown, Pennsylvania, and their two children, Zoe Katherine Grubbs and Luke Thomas Grubbs. He is also survived by many cousins, nephews, and nieces. He will be sorely missed by his beloved pug Cody.

Linda and Gene celebrated their 52nd wedding anniversary on August 24, 2015. The couple lived in Bevan’s Orchard for 19 years and in Kimberton for 27 years. Gene earned his BS and M.Ed. from West Chester University and took graduate studies at Penn State University. He taught in the Pennsylvania public school system for 35 years, and 34 years were in the Phoenixville Area School District. He was Chairman of the Phoenixville High School Social Studies department from 1992-1999. He retired from teaching in June 1999. Gene was a well-loved teacher and mentor to hundreds of students and teachers. He helped prepare dozens of student teachers for a teaching career, and he served as an advisor to many newly hired teachers, stressing teaching styles and proper classroom management. From 1967 until he retired, Gene served as Student Council Advisor. In this role, he organized school beautification projects, and established the Phoenixville community project for needy families. He also established the school store and organized voter registration drives. Gene was constantly raising his hand to volunteer for other advisory roles over the years including publishing the Phoenixville Area High School Football Program and serving as a class advisor for many years. He often helped with fund-raising activities, class trips, class dinners, Jr-Sr Prom, Senior Banquet, and the graduation ceremony. Gene was recognized numerous times for his role as an educator. He was the recipient of the “Outstanding Educator of America” award in 1974 and “Who’s Who Among America’s Teachers” in 1992, 1996, 1997, 1998, and 1999. The Phoenixville Area High School yearbook was dedicated to him twice, and the Phoenixville Area High School Student Council Store was renamed “The Thomas G. Grubbs School Store” in his honor. In June 1999, the Phoenixville Area High School Student Council Scholarship was renamed “The Thomas G. Grubbs Student Council Scholarship”. It continues to be awarded. On May 9, 2006 Gene was inducted into the Phoenixville Area School District Wall of Fame. Nominees must have made significant contributions in their chosen fields or made significant contributions to the District and serve as role models for students currently enrolled in the Phoenixville Area School District. He was most proud of this award. Gene loved to travel, and he genuinely enjoyed sharing this interest with others. Between 1993 and 1996 Gene served as Delegation Leader for People to People, a student ambassador program and led students on three trips to Russia and the Baltic States, New Zealand and Australia, and Western Europe. He also served as a leader and chaperone for over a dozen student and adult trips to Europe, visiting more than 23 countries in all. Gene was actively involved in community service. He dedicated over twenty years of service to the Kimberton Area Community Fair. Gene also gave twenty years of service to the Kimberton Youth Athletic League (KYAL). Gene also served as a volunteer at the Phoenixville Area Historical Society and served on the board of directors at the Phoenixville Area Senior Center. After caring for his wife Linda for nine years he earned his Certified Nursing Assistant certification from Antonelli Medical and Professional Institute and served as a CNA and Med Tech at Simpson Meadows Assisted Living. He retired from his brief nursing career in November 2015. Gene spent the last two years of his life living in Billings, Montana. He always loved Montana, and Cody, Wyoming. He enjoyed leading his weekly trivia games (at last count he had over 10,000 questions) and singing in a choir with friends.

In lieu of flowers, at Gene’s request, memorial contributions may be made in the memory of Linda J. Grubbs to: Donation Processing, The Michael J. Fox Foundation, P.O. Box 5014, Hagerstown, MD 21741 or michaeljfox.org.

To order memorial trees or send flowers to the family in memory of Thomas Gene Grubbs, please visit our flower store.