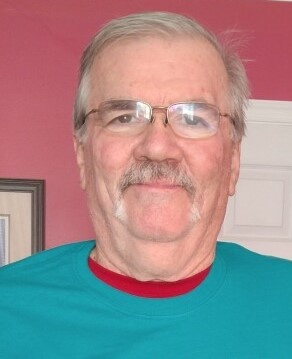 Thomas “Tom” G. Sheehan III, of Collegeville, PA and Myrtle Beach, SC, March 19,1956 was born to the late Thomas Sheehan, Jr. and Mary (Gordon) in Drexel Hill, PA.  Tom attended first grade at St. Ann’s in Emmaus and, after several family moves, finished at Bishop Shanahan High School in West Chester as a member of the class of 1974.  Tom made his mom and dad proud when he became the first in his family to attend college.  He was a member of the LaSalle University (Philadelphia) class of 1978 where he earned a BS in Accounting and was a member of ZBT Fraternity.

Tom began his career at Leonard Tose trucking company until its closing and then transitioned to a CPA firm, Bernard Halper, where he performed tax preparation.  As a result of his experience and entrepreneurial spirit, Tom opened his own accounting company (TGS Accounting Services).  Tom’s clients were loyal to him because they valued his strong work ethic and the personal commitment, he made to each of them.  Tom even kept on his PA clients after his move to Myrtle Beach in November 2020.

Tom was happiest when surrounded by his family.  He enjoyed spending time with his three children, whom he loved tremendously, and their families.  What Tom loved more than anything was being “Grandpop” to his grandchildren and “Uncle Tom” to his great nieces and nephew.  You could always find him playing with the kiddos (usually after he spoiled them with candy).

Tom had a slight obsession with golf which started when he worked during high school on the maintenance team at Ingleside Golf Course in Thorndale, PA.  His incentive to work was he could play golf for free.  In 2005, Tom joined the American Singles Golf Association (ASGA), making a commitment to play golf as often as he could with the group.  After one year, he became President so he could influence the group and provide opportunities to play golf, have some fun and, most importantly, develop deep friendships.  Being the outgoing person that he was, Tom organized many social events and went out of his way to make sure everyone felt welcome.  It was here where Tom met his wife, Michele Glowacki-Sheehan.  They started dating in May 2009, after playing in many weekend golf events together.  In August 2014, on the 18th green at Spring Hollow Golf Club, with family and friends watching, Tom asked Michele to be his wife.  Tom and Michele were married on September 12, 2015.  Golf may have brought them together, but it was the love of God, family and friends that made their relationship so strong.  They were the very best of friends and soul mates.

Tom was preceded in death by his father, Thomas Sheehan, Jr.  He will be greatly missed by his wife Michele (Glowacki); his children Erin Conley (Randy), Geoff Sheehan (Kate) and Jason Sheehan (Juliana); his grandchildren Gavin, Brynn, Raegan, Jeremy, Emily, Jane, Jameson and Henry; his mother Mary Sheehan; his sister Maureen Newton and brother Tim Sheehan (Lisa); his nieces and nephews, along with other relatives and friends; and his great nieces and nephew Christian, Peyton Matison, Camille and Brooklynn Glowacki, who were like grandchildren to Tom.

To order memorial trees or send flowers to the family in memory of Thomas Sheehan, III, please visit our flower store.