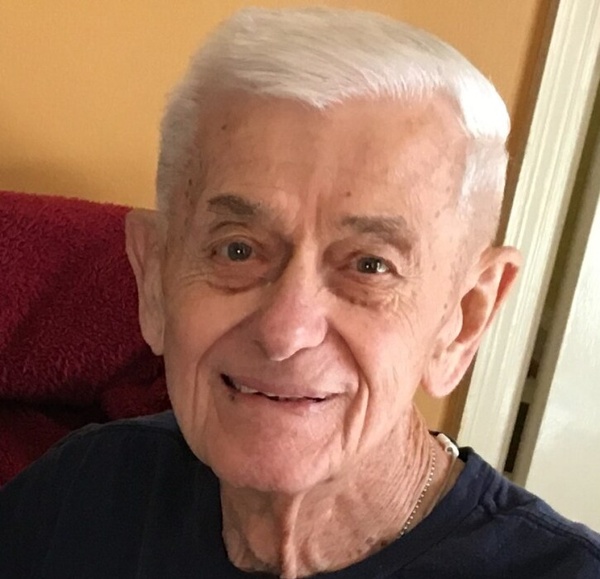 Thomas Frederick Liston, 89, husband of Charma Gue Liston, passed away on June 18, 2020, after a short illness. He was a lifelong resident of Brownsville, Pennsylvania and Uniontown, Pennsylvania, until 2019 when they moved to Burke, Virginia, and Phoenixville, Pennsylvania, to be near family members.  Thomas was preceded in death by his daughter Leslie Ann Collins, his father, Thomas Moffitt Liston, and his mother Jean Miller Liston. He is survived by his wife Charma Liston, his son Kevin (Bonnie) Liston, his three grandchildren Brandon (Sarah) Collins, Patrick (Jenny) Collins, and Timothy (Samantha) Liston, and seven great grandchildren Annabelle Collins, Kaleb Collins, Rhys Collins, Carter Liston, Chase Liston, Lucy Collins, and Jolie Collins.

Tom worked in the steel mills and railroads of southwest Pennsylvania, and retired as an engineer for the “Big M” Monongahela Railroad in 1995. He loved being outdoors, especially when he was working in his garden, hiking, turning dead trees into firewood in the nearby mountains, fishing in the Smoke Hole in West Virginia, and making and sampling wine with his dear friend Charlie Britvitch as well as with his other friends and family.

He and the former Charma Gue grew up next door to each other in Brownsville, Pennsylvania. They were married on August 28, 1951, and celebrated  their 68th wedding anniversary last year. Their favorite travel destinations were Williamsburg, Virginia, and anywhere in Ireland, where they enjoyed several vacations.

Cards and condolences may be mailed to

Given the current coronavirus restrictions and travel difficulties the memorial service will be private.

To order memorial trees or send flowers to the family in memory of Thomas Liston, please visit our flower store.