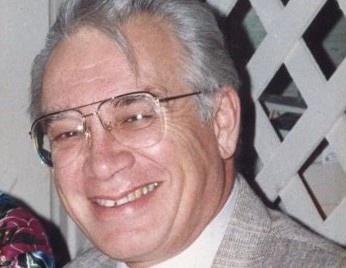 Thomas E. Hanson, 87, husband of Lucy (Avalos) Hanson of Phoenixville, PA, died Sunday, August 19, 2018.
Born on April 25, 1931 in Alameda, CA, he was the son of the late Godfrey P. and Jewel (Arnold) Hanson.
He attended Albany, CA public schools and was a graduate of The California College of Arts and Crafts, Oakland, CA.
He was a Draftsman for the SCM Company and was the designer of the first replaceable tape cartridge typewriter.
His brother Jack was a US Army Airborne Paratrooper while Thomas was sick at home with Polio and confined to the "Iron Lung."
Jack would send Thomas his medals and badges he got during the war. Thomas saved those awards in remembrance of his brother who he never saw again since he passed away in the war.
He enjoyed tinkering with new ideas and design in his workshop which is where he spent a lot of time, always fixing and working on the family house, coin and stamp collecting and antiquing.
His family had a motor home and traveled a lot during school vacations seeing all but 2 states in the US. He and his wife traveled to other countries some for business, some for pleasure seeing, Spain, France, Austria, Germany, China, Korea, and England.
He was a very proud, trusting, and honest man and would give the shirt off his back to whoever needed help.
In addition to his wife of 60 years, surviving are;
2 daughters,
Karin, wife of Mark Tomasovich
Marta Hanson - Cox
2 Grandchildren,
Jake and Danica Cox
Brother,
Bill, husband of Lil`e Hanson
Preceded in death by brothers, Jack and Harry.
Relatives and friends are invited to attend his Memorial Service at Nantmeal United Methodist Church, 359 Nantmeal Road, Glenmoore, PA 19343 on Saturday, September 8, 2018 at 4:00 pm.
In lieu of flowers, donations may be sent to Devlin Rosmos Kepp and Gatcha Funeral Home and Cremation Services 517 South Main Street, Phoenixville, PA 19460 to help defray the cost of funeral expenses.

To order memorial trees or send flowers to the family in memory of Thomas Hanson, please visit our flower store.