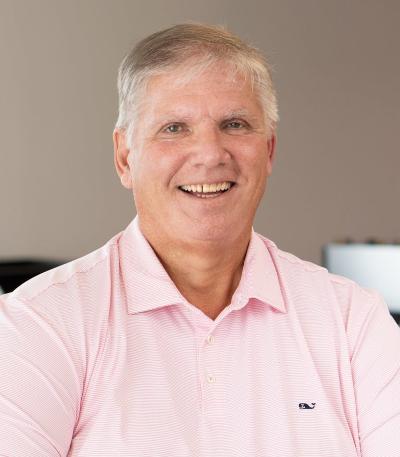 Stephen Mark Fuga, 60, of Phoenixville, PA, devoted husband, father, and pop-pop, passed away peacefully with his loving family by his side on Wednesday, January 19, 2022 in Paoli Hospital after a brief illness.

Born on September 24, 1961 in Phoenixville, he was the son of the late Stephen and Emily (Cisick) Fuga. He graduated from St. Pius X High School in 1979, where he met his future wife, Donna (Giampietro) Fuga, with whom he would go on to share 37 years of marriage. He later graduated from Villanova University with a Bachelor of Science in Accountancy. While attending college, he was a proud member of Sigma Phi Epsilon Fraternity, building lifelong friendships with his brothers.

Mark was a Certified Public Accountant, joining Maillie, LLP in 1992. His dedication to his clients and the firm ultimately earned him the distinction of Principal. He maintained these strong relationships with each of his clients as he prepared to retire from Maillie in the near future, all while serving as a trusted mentor to other staff.

As a lifelong resident of Phoenixville, Mark was a committed member of several organizations where he was able to serve the community at large. He was Treasurer and a Board Member of the Phoenixville Regional Chamber of Commerce; Treasurer and Board Member of The Clinic; and Board Member of the Phoenixville Area Economic Development Council. He was also a lifelong member of Sts. Peter and Paul Ukrainian Catholic Church. Mark never shied away from the opportunity to serve others, and was someone who could always be relied upon to complete the task at hand, all while cracking a colorful joke or inquiring about your well-being or life events.

Mark was a proud past President and member of the Board of Directors at Phoenixville Country Club: he would readily call “the Club” his “Happy Place,” where he could be found in his unofficial designated seat at the bar, ready to greet fellow members after enjoying an afternoon out on the golf course.

In 2016, Mark and Donna established the Christopher M. Fuga Memorial Foundation in memory of their beloved son, which to date, has raised hundreds of thousands of dollars to support blood cancer research, student financial assistance, and other philanthropic causes.

While his family and friends are devastated by his limited earthly time, Mark certainly lived a full life and never missed an opportunity to share enjoyment with those who meant the most to him. He was an avid music lover, always searching for the next best concert event. He enjoyed planning yearly family vacations, frequenting the beach and Disney World, and was able to share very memorable trips with his family and friends to the West Coast, Las Vegas, and especially a once-in-a-lifetime golf excursion to St. Andrews, Scotland. He will probably be best remembered for his unique nicknames, or “Mark names,” for his family members, friends, and even locations about Phoenixville where he spent time. He will be greatly missed by all who had the privilege to know him.

In addition to his wife he is survived by:

His daughter, Stephanie, wife of Thomas Barndt, Jr., of Phoenixville; his 2 grandsons, Christopher Thomas and Donald Stephen, “his pride and joy;” sister, Maryellen, wife of Michael Washko, of Barto, PA; and many nieces, nephews, cousins, extended family, and close friends, whom he considered to be his family.

He was preceded in death by his son, Christopher Mark Fuga.

Relatives and friends are invited to his Divine Liturgy in Sts. Peter and Paul Ukrainian Catholic Church, 301 Fairview, Phoenixville, PA on Tuesday, January 25, 2022 at 10:30 am.

Burial will follow in Sts. Peter and Paul Cemetery.

Masks will be required at the funeral home and church.

Mark’s family would like to extend their heartfelt appreciation to the medical professionals and staff of Paoli Hospital for their expert and compassionate care.

In lieu of flowers, contributions may be made to the Christopher M. Fuga Memorial Foundation, 1014 Riverwalk Drive, Phoenixville, PA 19460.

To order memorial trees or send flowers to the family in memory of Stephen Mark Fuga, please visit our flower store.