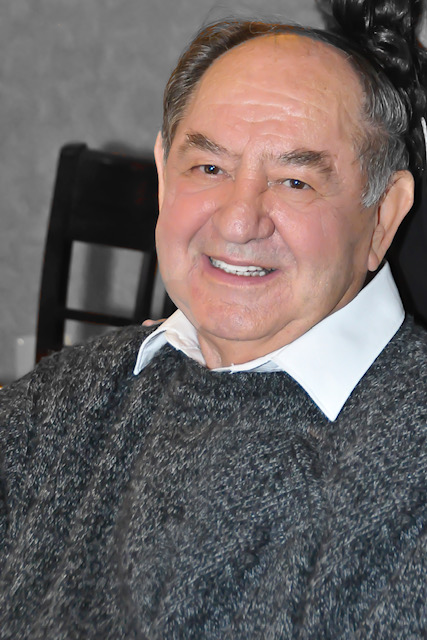 Stephen J. Swartchick, 87, husband of Dorothy (Chaposky) Swartchick of Phoenixville, PA passed away on Tuesday, February 2, 2021.  Born on November 5, 1933 in St. Clair, PA he was the son of the late Joseph and Mary (Elenchin) Swartchick.

After graduating from St. Clair High School in 1952, Stephen served in the U.S. Navy from 1953 to 1957.  During the Korean War, he served on the U.S.S. Hornet as a pipe fitter. This experience helped to launch his career as a plumber.

Stephen began his married life in Phoenixville, working for plumbing contractors Soltys & Son and Kneale Brothers. In his last job before retiring, he managed the plumbing department at West Chester University, overseeing administrative and educational buildings, dorms, and sports facilities (including the Eagles preseason practice fields at one time).

Known for his infectious laugh, Stephen loved telling jokes. His favorite pastimes included watching movies, college football and basketball. He was a creative person who enjoyed the arts and was particularly skilled at carving wood figurines, painting, and drawing. He spent many vacations traveling to the West Coast to visit family. He also traveled to Europe, including a particularly memorable trip to the Oberammergau Passion Play in Germany. As a champion member of the Senior Bowling League (Phoenixville and Limerick) he enjoyed being with his team mates no matter if he had a good or bad day at the lanes. He was a member of the Phoenixville Senior Center and AARP, as well as a former member of Friendship Fire Company, Polish Club, and VFW Post 1564, where he played in their dart league in his younger years.

We ask all those who are planning to attend to honor Stephen by respecting the CDC Covid guidelines. Please wear a mask, maintain social distance and use available hand sanitizers.  Due to Covid, a celebration of life luncheon to honor Stephen is being postponed.

In lieu of flowers, contributions may be made to American Respiratory Care Foundation at ARCFoundation.org or American Lung Association at  action.lung.org.

To order memorial trees or send flowers to the family in memory of Stephen Swartchick, please visit our flower store.