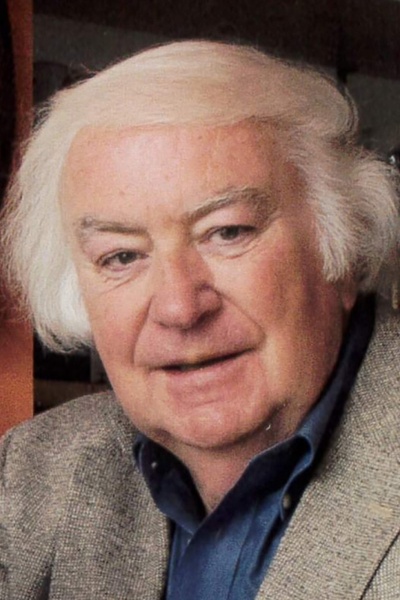 Robert was born in the Fern Rock section of Philadelphia, son of the late Louis and Irene (Kaeppler) Momyer.  He and Sandra were married in 1964, and they resided in Phoenixville/Schuylkill Township.  He earned his B.S. degree at the Philadelphia College of Art (now University of the Arts) and a Master’s degree in educational administration from Lehigh University.

He came to Phoenixville in 1961 to teach art at Schuylkill and East Pikeland Schools.  In 1968, he was appointed principal of Schuylkill School serving through 1974.   Along the way he set up Magic International Productions performing magic shows along the East coast for many years.  He is a member of the International Brotherhood of Magicians, Order of Merlin.

He would become the creative director for Wright Associates moving to Scott Paper Company as its creative director.  In between these jobs, Robert served as Assistant Dean of the Ringling Brothers and Barnum and Bailey Circus Clown College for two years training clowns and producing magic acts for the show including the Siegfried and Roy Show in Las Vegas.

Other career paths included managing E. J. Stewart, a video productions company and Phoenix Associates, a marketing and public relations firm.  He would serve as Associate Professor at West Chester University for 18 years teaching video production in the evening sessions.  In 1996, he formed his own company, Communication Arts Group, from which he retired in 2017.

He led a life of excitement and adventure even performing as a clown from time to time and he did a great P. T. Barnum impersonation.  He was a scholar of the American circus.  An avid fisherman, he fished the lakes of Canada, the Jersey shore, and the fresh water of French Creek.   He and wife Sandra traveled from the Arctic to the Antarctic, India and China to the Peruvian rainforest, African safaris and more.

Robert served on the board of Historic Yellow Springs where he was vice president; the Historical Society of the Phoenixville Area; Green Valleys Association; his church Council; health agency Boards in the Phoenixville area.  He was a founding member of Forge Theatre where he acted and directed.

In lieu of flowers, contributions in Robert’s name may be made to St. John’s Evangelical Lutheran Church, the Historical Society of the Phoenixville Area at 204 Church Street, Phoenixville, PA   19460, or the National Museum of the American Indian/Smithsonian, P. O. Box 23473, Washington, D. C.   20026-3473 and designated  for Robert K. Momyer.

To order memorial trees or send flowers to the family in memory of Robert Momyer, please visit our flower store.