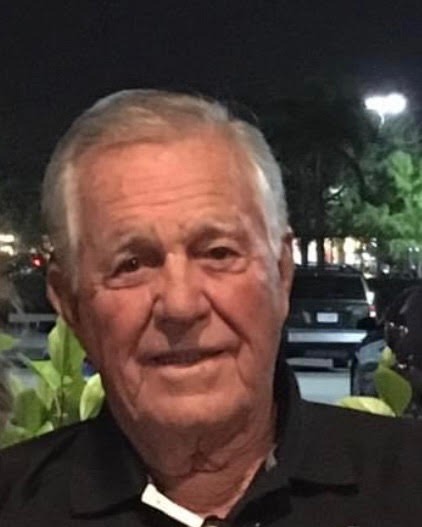 He lived nearly his entire life in Phoenixville, PA and was the son of the late Dominic Dellaquila and Margaret (Sabol) Dellaquila.

"Beaner" opened the area's first fresh dough pizzeria in 1959.  Some years later while still in the food industry he opened Dell'aquila Restaurant, along with numerous pizza shops, delicatessens, and "Philly Steaks" stores in various locations.  His passion for food and his business savvy was beyond impressive.  From his first place at age of 16 to his early retirement in his early 40's, he opened/ran/set-up/dozens of establishments.

His wife of 65 years, Elaine Dellaquila, and he together were always united in operating their food businesses, which also included fine dining rooms, banquet facilities which proved to play host to countless social gatherings within the Phoenixville Area.  This resulted in both Bob's visions for restaurant success, as well as for contributing to downtown Phoenixville revitalization efforts for two decades.

After retiring at an early age, he became a serious and avid golfer, having won club championships in Del Ray, Florida and Port St. Lucia, Florida. The couple spent six months out of the year as Florida residents once Bob retired.  He even opened a golf driving range business in Phoenixville.  Bob was also known to perform dazzling card tricks and was often asked to perform these at small social affairs.

Bob loved to cook and share his creations with friends and family.  He also loved his two Boston Terriors, "Rocky" and "Roxie".

He was most proud of his four daughters:

While Mr. Dellaquila's life's work in his many successful endeavors exemplifies the adage, "If you can dream it, you can do it," the worth to his family is evident by the abundant love and joy felt by them for him.

Relatives and friends are invited to attend his Funeral Mass in St. Mary of the Assumption Catholic Church, 212 Dayton Street, Phoenixville, PA on Tuesday, November 15, 2022 at 10:00 am.

A visitation will be held in Devlin Rosmos Kepp and Gatcha Funeral Home, 517 S. Main Street, Phoenixville, PA on Monday evening from 6:30 to 8:00 pm.

In lieu of flowers contributions may be made to American Cancer Society at www.donate3.cancer.org.