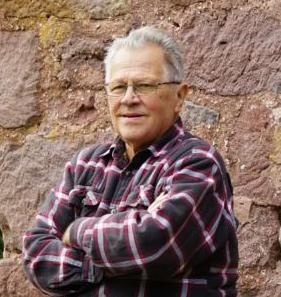 He was born in Phoenixville, PA on January 27, 1938 to the late Albert and Alice (Calhoun) Bader. He graduated from Phoenixville High School in 1955. After graduation, he worked full time at his father's store, Bader's Market where in 1967 he took ownership and retired in 2001. After retirement, he could not sit still and worked part-time for Steel Plate Products, Seacrist, and Sweet Water Woodworks.

In 1960, Dick married Pauline (McCann) Bader. Together they had three children, Cynthia wife of Robert McDaniel, Pottstown, Richele, Phoenixville and Richard Mark husband of Patricia, Wayne. In 1986 he married Michelle and together they had a daughter, Samantha, Denver, CO. Dick had six grandchildren, Alicia wife of Michael Evans, Ryan, Mary Frances, Caroline, Kathryn, and Madeline and one great-grandson, Michael.

He was preceded in death by a brother, Carl.

Dick was what you might call a thrill seeker. Besides being a member of the Kimberton Snow Stompers, he had a love for flying and in 1972 earned his pilot's license. In later years he turned to motorcycles and with Michelle and friends, took many enjoyable trips.

To order memorial trees or send flowers to the family in memory of Richard Bader, please visit our flower store.