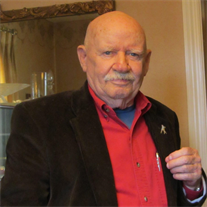 Born in Philadelphia on August 13, 1926, to Philip and Alma Bracelin Davis, he was 90 years old at his passing.

A career Air Force officer and fighter pilot, following attendance at Phoenixville High School, Colonel Davis first served in the US Marine Corps during WWII in the Pacific, was then appointed to the US Naval Academy in June 1948, subsequently electing to join the USAF Aviation Cadets, and was commissioned a Second Lieutenant in February 1951. Colonel Davis flew 102 combat missions in the F-86F Sabre Jet in the Korean War, downing one MIG-15 and sharing the downing of another. Colonel Davis also flew scores of combat missions in the A1H Skyraider and F-4D Phantom in the Vietnam War, including air support for the December 1972 Hanoi bombings.

Following his retirement in 1975, "The Colonel'" as he was nicknamed by his friends, pursued his abiding interest in automobiles and racing with his sons and friends, and continued to fly for recreation until he was 83 years old.

A loving husband and father, he is survived by his wife, Dorothy Ann, and sons Philip C. Davis, III and Brian K. Davis.

Flowers and contributions to Gulfside Hospice, www.ghppc.org/gh, are both welcome.

To order memorial trees or send flowers to the family in memory of Philip Retired, please visit our flower store.