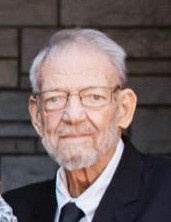 
Philip N. Kirk, 81, husband of the late Doris (Lawrence) Kirk and the late Joan Kirk, of Phoenixville, PA died on Thursday, October 10, 2019 in Seasons Hospice.
Born on February 3, 1938 in Hatboro, PA he was the son of the late Jesse and Helen (Lott) Kirk. For his career, he was a pioneer in computer programming and was awarded for his work on the first remote control microprocessor program in 1997. He enjoyed woodworking, electrical work, boating and fishing, and traveling with his family. He also enjoyed playing board and card games with his family and cheering on his favorite sports teams: The Phillies, the Eagles, and the Clemson Tigers.
He is survived by 2 children:
Son, James husband of Grace Kirk;
Daughter, Cathleen wife of Karl Terstappen.
7 Grandchildren:
Melissa wife of Sam Freedlander, Shannon Terstappen, Lauren wife of Eric Bruck, Karl P. Terstappen, Jesse husband of Amber Kirk, Jacob Kirk, Jonathan Kirk.
2 Great-grandchildren: Paul Freedlander and Amber L. Kirk.
Sister: Sharon wife of Peter Bruno.
Step-daughter: Lorraine wife of Robert Clark.
2 step-grandchildren: Meaghan and Brandon.
He was preceded in death by:
Granddaughter, Rachel Kirk;
Sister, Phyllis Hannes;
Brother, Sterling Kirk.
Relatives and friends are invited to attend his Funeral Service in the Devlin Rosmos Kepp & Gatcha Funeral Home, 517 S. Main Street, Phoenixville, PA on Tuesday, October 15, 2019 at 11:00 am.
Burial will follow in Whitemarsh Memorial Park, Ambler, PA.
A viewing will be at the funeral home on Tuesday from 10:00 to 11:00 am

To order memorial trees or send flowers to the family in memory of Philip Kirk, please visit our flower store.