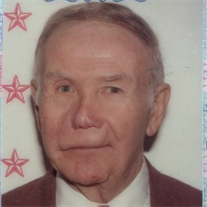 Born on July 8, 1924 in Branford, CT, he was the son of the late Joseph and Bertha (Kozlowska) Jaworski.

Paul served in the United States Army during World War II. He was seriously wounded in the first hour of the Battle of the Bulge, and spent five years in Valley Forge General Hospital, he was discharged in 1949, and was awarded the Purple Heart.

He graduated from Pierce College.

Paul was the Owner and President of Jaworski's Music Center in Phoenixville for 57 years from 1959 to November 2016.

He was a founding member of St. Basil the Great Catholic Church, and he remained active in the parish.

Surviving are many nieces and nephews and their families.

He was preceded in death by brother, Joseph Jaworski and sisters, Wanda Piscitelli and Anna Morosoff.

Relatives and friends are invited to attend his Funeral Mass in St. Basil The Great Catholic Church, 2340 Kimberton Road, Phoenixville, PA, on Monday, January 23, 2017 at 10:30 am with Rev. Gary T. Pacitti officiating.

Burial will be in East Lawn Cemetery in New Haven, CT.

To order memorial trees or send flowers to the family in memory of Paul Jaworski, please visit our flower store.