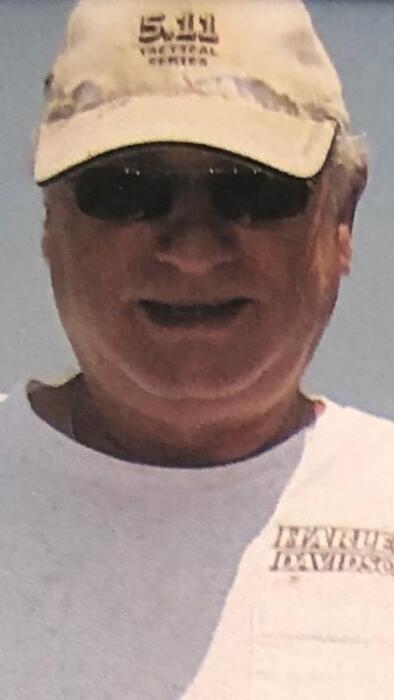 Born on March 3, 1949 in Phoenixville, PA he was the son of the late Joseph "Duke" and Helen (Anasiewicz) Giampietro.

He served in the United States Navy during the Vietnam War.

He was a Police Officer in Upper Merion Township for 26 years and during that time he filled many positions including Firearms Instructor, Armorer, Accident Reconstructionist, Traffic Safety Patrol (Motorcycle Unit), Special Emergency Response Team and Detective.  He retired 1999.and then filled his time working for Harley Davidson Smaltz's Motorcycle in Eagle and Ocean City Harley Davidson. Nick also worked a while at Nice Ash/Art's Cigars in Ocean City, MD.   He loved spending time with family and friends, attending his grandchildren's sporting events, motorcycle touring , surf fishing and walking his dog,

He was a member of American Legion Post 166 in Ocean City, MD, Montgomery County Fraternal Order of Police Lodge No. 14, and Harley Owners Group.

In addition to his wife he is survived by 2 children:
Son, Matthew husband of Holly Giampietro;
Daughter, Jessica wife of Josh Kilgore.

Many nieces, nephews, cousins and friends.

Relatives and friends are invited to attend his visitation in the Devlin Rosmos Kepp and Gatcha Funeral Home, 517 S. Main Street, Phoenixville, PA on Saturday, March 20, 2021 from 10:00 am to 12:00 pm.

Service will be private.

In lieu of flowers contributions may be made to Asateague Island Alliance, www.assateagueislandalliance.org, 7206 National Seashore Lane, Berlin, MD 21811 or the Upper Merion Police Association at www.UMPoliceassocation.org, P. O. Box 61262, King of Prussia, PA 19406.

To order memorial trees or send flowers to the family in memory of Nicholas Giampietro, please visit our flower store.