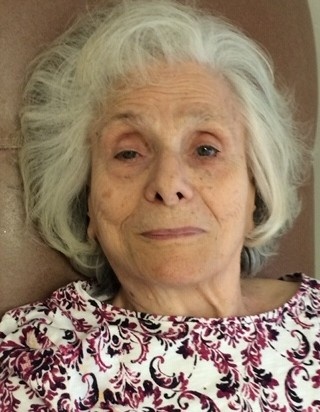 Born on April 17, 1934 in Casolla, Caserta, Italy, she was the daughter of the late Francesco and Nunziata (Ferraiuolo) Tammaro.

She came to the United States in 1949 and worked at Parson and Baker in Phoenixville until she married in 1958.

Maria was member of St. Mary of the Assumption Catholic Church. She loved cooking, especially her fresh sauce, and playing Bingo but passion was her love for her home, family, friends, and neighbors.

In addition to her husband of 60 years, she is survived by three daughters: Tina wife of Robert Nelson, Angela wife of Jeffrey Shronk, and Joanne wife of Thomas Calibeo; seven grandchildren: Reggie, Tim, Jenn, Tyler, Joe, Elena and Cristina; three great grandchildren: Michael, Daniel and Garrett; and many nieces and nephews.

She was preceded in death by three brothers: Nicola, Stefano, and Domenico Tammaro.

To order memorial trees or send flowers to the family in memory of Maria (Tammaro) Natale, please visit our flower store.