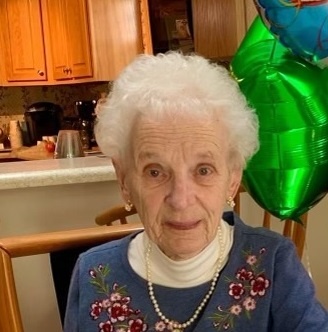 Marianne F. (Schmalhofer) Kondas, 93, wife of the late Frank Kondas of Phoenixville, PA passed away on Sunday, May 15, 2022 at home.

Born on January 25, 1929 in Vilshofen, Germany she was the daughter of the late Karl and Maria (Holler) Schmalhofer.

She worked as a Seamstress and fitter for Nan Duskin in Haverford.

She was a member of St. Mary of the Assumption Catholic Church and the Phoenixville Senior Center.

She is survived by 3 children:

Relatives and friends are invited to attend her Funeral Mass in St. Mary of the Assumption Catholic Church, 212 Dayton Street, Phoenixville, PA on Thursday, May 19, 2022 at 10:00 am.

In lieu of flowers contributions may be made to Phoenixville Senior Center, 153 Church Street, Phoenixville, PA 19460.

To order memorial trees or send flowers to the family in memory of Marianne F. Kondas, please visit our flower store.