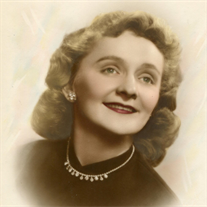 Born on February 18, 1929 in Tresckow, PA, she was the daughter of the late John and Susan (Mizenko) Lorince.

Margarita was a member of Holy Trinity Catholic Church in Phoenixville.

She was preceded in death by brothers and sister, Richard Lorince, Stephen Lorince, and Susan Michalyshin.

Relatives and friends are invited to attend her Funeral Mass in Holy Trinity Catholic Church, 210 Dayton Street, Phoenixville, PA, on Tuesday, September 5, 2017 at 10:00 am.

To order memorial trees or send flowers to the family in memory of Margarita Gomes, please visit our flower store.