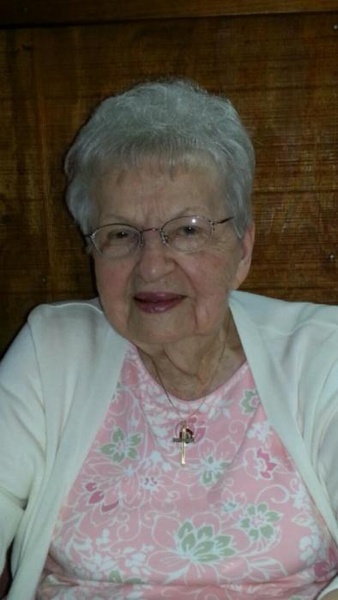 Margaret (Allie) Yednock, 95, wife of the late Thomas Yednock of Phoenixville, PA passed away at  home on Thursday, March 26, 2020
Born on August 14, 1924 in Phoenixville she was a daughter of the late Michael and Anna (Hamzik) Allie.
She worked as a waitress at the former Trio Restaurant and DellAquila's in Phoenixville and also worked at the Kimberton Company.
Margaret was a member of Sacred Heart Catholic Church and the Phoenixville Senior Center.
She is survived by three daughters:  Margaret wife of the late John DiGiacomo III, Lois wife of Roy Hunsicker, and Terri wife of William Righter III; 7 grandchildren and 2 great grandchildren; sister, Elizabeth wife of Michael Mastrangelo.
She was preceded in death by a daughter, Shirley DiGiacomo; brother George Allie and sisters: Helen McGray, Mary Tomas, and Ann Beluch.
A Private Graveside Service will be held in Sacred Heart Cemetery, Phoenixville, Pa  on Monday, March 30, 2020 with Rev. John J. Newns officiating

To order memorial trees or send flowers to the family in memory of Margaret Yednock, please visit our flower store.