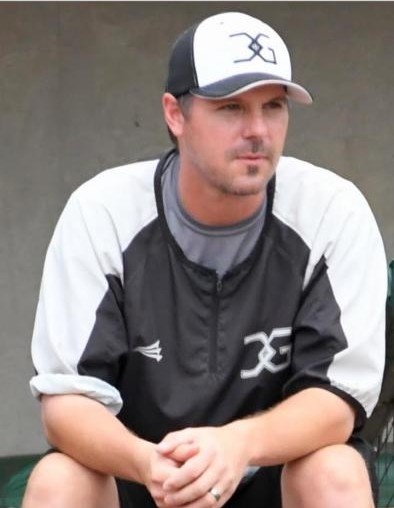 Luke played his collegiate baseball at New Mexico State University and in 1999 was drafted by the California Anaheim Angels.  Luke played his minor league career for the Boise Hawks of the Northwest Division.

Luke surrendered one last hit in what, it can be argued, was the near-perfect game, unfortunately called early for reasons that remain inscrutable to those who loved him.  In over 140 years of baseball history, and hundreds of thousands of games, there have been only 23 perfect games played.  No pitcher has ever thrown more than one.  Luke Sullivan's life came close.

Raised in the west, Luke was a born athlete.  He lived with his parents, Elizabeth (McCall) Sullivan (who died in 2009) and Dwight "Sully" Sullivan (and later, stepmother, Sheri) and his older sister Kelley.  After playing basketball and baseball at Longmont (CO) High School, Luke went to New Mexico State University on a baseball scholarship where he played on a Division 1 baseball team that was nationally ranked.

After seeing a beautiful girl from across the room and falling in love, Luke would go on to marry that girl, and continue to tell her how much he loved her every single day.  Jess (Shrandt) Sullivan, who is outgoing, lovely, and Luke's best friend for the past twenty years.  Jess and Luke are the proud parents of four amazing children:  Riley (16) an honor roll student and dancer; Reece (14) a Level 7 gymnast with Luke's determination to perfection; Kieron (7) a bright and athletic 1st grader; and Meryk (5) a fearless spirit who embodies the athleticism, and joie de vivre of both of his parents.

After college when playing for the Hawks, Luke suffered a  career ending elbow injury.  Luke and Jess moved to Greeley, CO, where they ran several small businesses, began a family, all the while coaching a collegiate summer league team.

While visiting Luke at New Mexico State, Luke's sister Kelley met his roommate, teammate, and best friend, Mark McNelly.  They later married and returned to Mark's hometown of Phoenixville, PA.  Several years later, within weeks of the birth of Meryk, the Sullivan family moved across the country to be near Mark and Kelley, and Luke's beloved nephews, Mark Jr. a senior at Spring-Ford and baseball recruit to his father and uncle's alma mater, and Aydan, a freshman at Spring-Ford.

Luke used both his understanding of running a small business and his passion to teach and coach baseball players when he opened a baseball training facility in Royersford, PA.  He ran and acted as head pitching coach, accumulating hundreds of loyal players and their families as clients.  Recently, he opened a new training facility in Spring City alongside a gym where he could provide strength training.  In this last year, Luke was in his element, working with young players as a private pitching coach and working with "his boys" on the Archbishop Carroll Varsity Baseball Team.

This is not a remembrance tinged with sadness, though there have been many tears shed in the past days.  Instead we celebrate the years that Luke packed full with what he loved passionately:  his family, teaching, and playing baseball.  The Luke who would be so proud of hundreds of players he worked with, many of whom have gone on to become coaches themselves, and more importantly, are good men.  Luke, who loved loudly and danced wildly, who spoke harsh words but always tempered those with words of love, who rhymed and rapped, and who not only dreamed, but acted.  "Don't be average!" he continually exhorted his players.

The Luke we know, who, if he had given his own farewell speech, would have echoed the words of Lou Gehig:  "Today I consider myself the luckiest man on the face of the earth."

A Memorial Service will be held at the Devlin, Rosmos, Kepp & Gatcha Funeral Home & Cremation Services, 517 S. Main Street at Fourth Avenue, Phoenixville, PA on Sunday, May 5, 2019 at 3:00 pm.  A visitation will be held at the funeral home from 1:00 to 3:00 pm.  At 4:00 pm, friends and family will be gathering at The Creekside Bar and Grille, 765 North Lewis Road, Royersford, PA to celebrate Luke's life with potluck desserts and the sharing of memories.  In tribute to Luke's wishes, the family hopes that all who attend will wear comfortable clothing, and would love for his players to wear their baseball jerseys in honor of Coach Luke.

To order memorial trees or send flowers to the family in memory of Lucas "Luke" Sullivan, please visit our flower store.