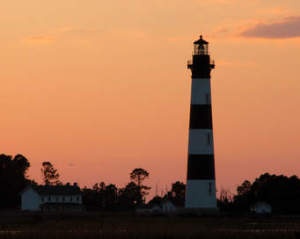 "Family is God's gift to you, as you are to them." Author unknown.


On Wednesday July 4, 1956, Lawrence Joseph Trisch, was born into this world.  On Thursday July 12, 2018, he passed from this world to be with God, his parents, his brother, his grandparents and the Angels and Saints in Heaven.

Lawrence, known to his family and friends as Larry, was born in Philadelphia, PA and was the son of the late Joseph and Helen (Kapitan) Trisch.  He was raised and lived his life in Phoenixville, where he very much enjoyed being active in the Phoenixville community.  Larry was a past member of The Knights of Columbus, was active for many years with St. Mary’s Choir and often drove his convertible in the Annual Phoenixville Dogwood Parade.

He was a convertible car enthusiast.  Those close to Larry knew that riding on a sunny afternoon with the top down, listening to great music, with friends or family was a joyful experience for him.  Larry also had a passion for all types of music, from classical and religious to rock, modern and country.

Larry appreciated having friends and family nearby.  He has known some of his dearest friends since childhood, high school and from early in his career.  His friends appreciated his loyalty, kind heart and ability to make others smile with a joke or funny story.  His friends became friends for life.

He worked for most of his career in the printing and packaging industry, for Container Corporation and then Atlantic Envelope.
Upon Retirement, Larry, who had always loved the closeness of his Phoenixville community, decided to spread his wings and travel.  This led him to Mexico, The Caribbean and states within the US.

Perhaps one of Larry’s most favorite places on this earth was The Outer Banks, NC, where he traveled with family.  Larry enjoyed many experiences on The Outer Banks, including ferry excursions to Ockracoke Island, driving "12 South" with the convertible top down, coffee each morning on the deck, touring the islands from an  airplane with his nephews, surf fishing and enjoying talking and laughing around many an evening beach fire.  If we could quote him now, he'd probably laugh and say, “I live on vacation…”, then follow that up with a "Halla" and sing a quick verse of, "All My Friends Say."

Pre-deceasing Larry are his parents, the late Joseph and Helen (Kapitan) Trisch and his brother, David.  He is survived by his sister, Michele, her husband Andrew and their two children, Andrew and Madison, all of East Coventry.  Larry is also survived by his sister in law, Anna (Kanaskie) Trisch, South Coventry and her children, Megan Trisch, Hamilton, NJ; David “DJ” Trisch; South Coventry, PA; Eric Trisch, South Coventry, PA.  Additionally, he is survived by a Great Niece, Winter Nemeth, daughter of Megan Trisch, Hamilton, NJ.

A visitation will be held Thursday morning from 9:45am to 10:45am in the church.

To order memorial trees or send flowers to the family in memory of Lawrence "Larry" Trisch, please visit our flower store.