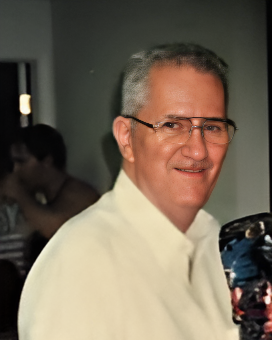 Lawrence F. Swartz, 85, husband of the late Arlene A. (Fitzcharles) Swartz formerly of Phoenixville, PA passed away on August 27, 2021 in Gilbert, Arizona.

Larry was the owner and Barber at Larry's Barber Shop in Phoenixville, PA.  He organized, sponsored, and participated in several sports leagues for Basketball and Flag Football.  Larry also had a broad knowledge of Phoenixville, providing information for articles, and videos for the Phoenixville area.  He had a wealth of knowledge, and could talk to anybody about anything, and had numerous pictures and stories about local athletes and sports teams, along with historical facts about anything related to WWII.  He was a Private in the Army.  His barber shop was also well known for the many card games played there.  Larry would do anything for his clientele, as he would visit them at their homes, or the hospital, when they could not make it in for their haircuts.

He was a member of St. Ann Catholic Church.

He is survived, and greatly missed by 4 children: