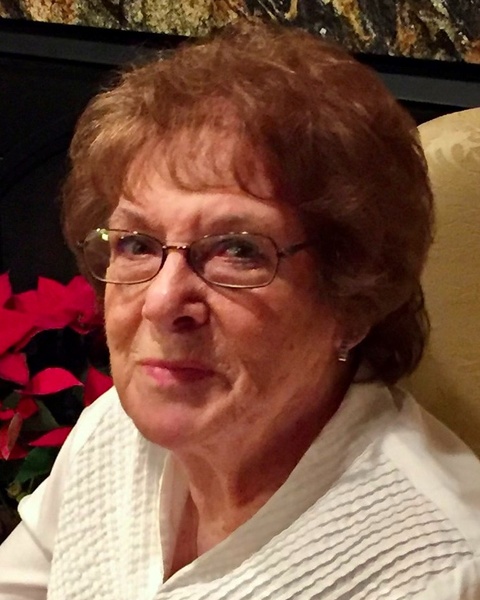 Julia ‘June’ Meadows, 93, of Phoenixville, PA, died peacefully at home surrounded by her family on Sept. 28, 2022.  She was born and raised in the Dorchester and Roxbury sections of Boston, Massachusetts where she attended public school, spent much time roller and ice skating and found many jobs in retail.  She was the daughter of the late Karl Farrenkopf and the late Julia Farrenkopf (Tenney).  June had seven brothers and sisters who all predeceased her.

June met her husband, David H. Meadows, in Providence, RI at a WW2 victory celebration.  They dated and were eventually engaged carrying on a long-distance relationship while he served in the US Navy.  They were married in Boston in 1948 and moved to Phoenixville in 1951.

June attended St. Ann’s Church her entire life in Phoenixville and was an active member of their woman’s guild while her children attended school there.  She worked for the Borough of Phoenixville for 28 years in the tax and utility accounting departments retiring in 1995.  She loved art and many of her paintings appeared in local art shows.  June enjoyed traveling and bowled in many leagues over the years.  She learned to sail later in her life and spent many weekends at the Hances Point Yacht Club and sailing on the Chesapeake.  June often could be found with her many friends dancing away the evening at the Audubon Inn and the Polish Club.  She was an active member of the Phoenixville Area Senior Center and could be found playing cards there several days a week prior to COVID.  She had an extensive network of Facebook friends and was always upbeat with her comments.  She volunteered for many years at Phoenixville Hospital in the waiting room for family members of patients having procedures done.

Relatives and friends are invited to attend her Funeral Mass in St. Ann Chapel, 604 S. Main Street, Phoenixville, PA on Wednesday, October 5, 2022 at 11:00 am with Rev. John Newns officiating.

In lieu of flowers contributions may be made to Phoenixville Senior Center, 153 Church Street, Phoenixville, PA 19460.