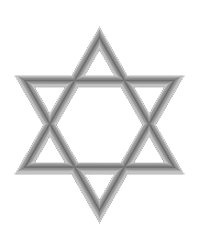 Joseph Weinstock, 92, died in Sarasota, Florida on November 30, 2020.  Born to immigrant parents, Jack and Pearl (Wedro) Weinstock, in New York City, Joe grew up in Toms River, New Jersey on a poultry farm with his older sister Billie (Weinstock) Fink. After obtaining a bachelor’s degree from Rutgers University, Joe met his first wife Jacqueline Leecock at the University of Rochester while pursuing a PhD in Chemistry. They had 11 children together living first in Evanston, Illinois where he was a postdoctoral fellow at Northwestern University before settling on a small farm in Phoenixville, Pennsylvania.  Joe is survived by his second wife of 23 joyous years, Hanni Cohen Weinstock.

Joe was an industrious mensch, actively involved B’nai Jacob Synagogue in Phoenixville, serving as its president and numerous other leadership positions.  He embraced the values of Judaism and worked to ensured that they were passed along to future generations.  He was also committed to the broader community, instrumental in the creation of the Valley Forge Sewer Authority in 1968 serving on its board for 30 years.  His service was recognized by the naming of its administration building in his honor.  In addition, he was actively involved in the local 4-H movement where his children learned civic values, exhibited the farm’s goats and learned about the poultry business among other agrarian projects.  His family feels that he embodied the words of 4-H pledge of devoting one’s head, heart, hands and health to better living. Throughout his life, Joe valued education and saw it as a means of empowerment. He ensured the education of his children and grandchildren.

Joe Weinstock was a curious person and liked to think about and solve problems. This trait was central to his professional life as a medicinal chemist at Glaxo SmithKline for 47 years.  Three compounds he developed eventually made it to market, including Diazide, an anti-hypertensive medication that was the most prescribed drug in the United States in 1986.  After retiring, Joe continued to work as a chemist until his death.  Most recently, he was the Vice President in charge of medicinal chemistry at Progenra.

Joe was preceded in death by his first wife Jacqueline Weinstock, his sister Billie Fink, and his son Benjamin Weinstock.  He is survived by his second wife, Hanni Cohen Weinstock, 10 of his 11 children (David, Daniel, Sarah, Rachel, Jonathan, Michael, Joshua, Rebecca, Nathaniel, and Jeremiah), and 23 grandchildren.  He will be dearly missed.  Funeral will be a family grave side service at Congregation B’nai Jacob Cemetery on Thursday, December 3, 2020.

To order memorial trees or send flowers to the family in memory of Joseph Weinstock, please visit our flower store.