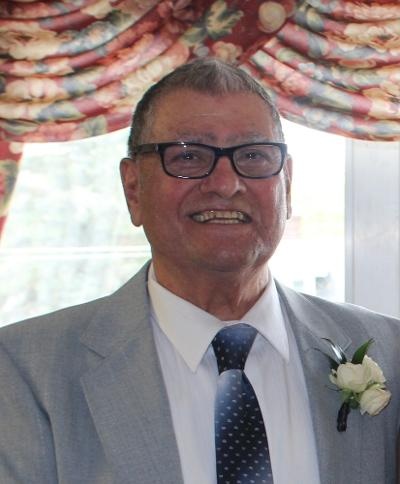 Joseph J. Natale (Joe), 87, of Phoenixville, passed away on February 26, 2021 surrounded by his loving daughters. Joe was a life-long Phoenixville resident who called the Woodbridge Place his home for the past 4 years. He was a gentle man who will be remembered for his love of God, family and country. He gained the affection of everyone he met with his easy demeanor, kindness and sense of humor.

Joe was born to Gabriel and Angeline (De Augostine) Natale on March 25, 1933.  After graduating from Phoenixville Area High School in 1951, he joined the U.S. Army and served during the Korean War.  He then worked at the Phoenix Steel Corporation for 31 years and later for the Phoenixville Area School District.

Joe married the love of his life on September 13, 1958. He was a devoted husband to Maria (Tammaro), who passed in 2018. Together they raised their daughters Tina Nelson (Robert), Angela Shronk (Jeffrey)  and Joanne Calibeo (Thomas). In addition to his daughters, Joe is survived by his sister Mary Roadcap, seven grandchildren, four great-grandchildren, and many nieces and nephews. He is preceded in death by his parents and brothers Dominic, Paul and James and sisters Philomena Lineberg and Rose Rogers.

Aside from spending time with his family, Joe enjoyed playing cards, wine-making, and gardening. He will always be remembered for his green thumb. Joe spent countless hours happily tending to his vegetables. He proudly shared this passion and the bounty of his labor with neighbors, friends and family.

Services will be held on March 3, 2021 at St. Basil the Great Church in Kimberton with a viewing at 9:45 a.m. and a Mass of Christian burial at 11 a.m.  Interment will follow at St. Ann’s Cemetery.

To order memorial trees or send flowers to the family in memory of Joseph Natale, please visit our flower store.