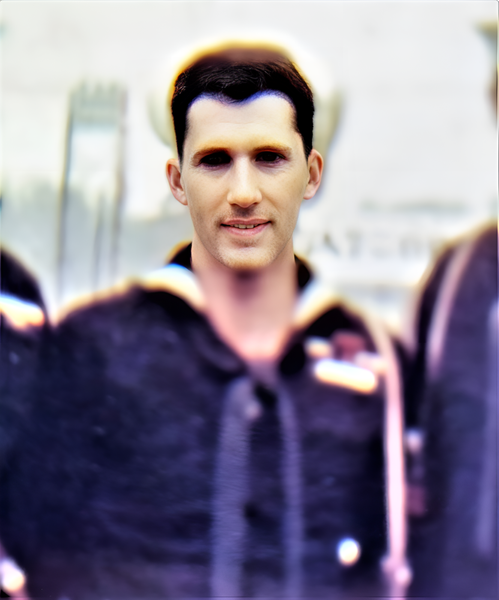 Joseph R. Brancaleoni, 90, died peacefully at his home in Phoenixville, PA on Monday, May 16, 2022.  He was born at 509 High Street on the Northside to Lucia and Pietro Brancaleoni.  At home Joe was called "Sunny" by his mother after giving birth to three girls.  When she cradled him in her arms saying he was her "sunny boy" and the nickname stuck by his immediate family and friends.

Joe was educated at St. Mary's Catholic School graduating in 1946 and attending Phoenixville Junior and Senior High School.  In his youth he also studied the accordion in Philadelphia along with his sister Evelyn for four years.

During the Korean conflict, he joined the U.S. Navy assigned first to the USS Block Island and then to the USS Hornet.  As a shipmate he was part of a team of below deck fire fighters and it was there his skill as a welder was formed.

After returning home from the Navy, Joe attended Temple University Technical School studying engineering and drafting with his brother, Richard.

Joe worked at Piersal Pine Fabricators in Oaks, PA.  As a highly skilled sheet metalist, working alone in a sterilized facility, he distinguished himself as a contracted welder on the first rocket to the moon for General Electric in King of Prussia.

Joe had a lifelong interest in photography and as a teenager, with his Kodak Brownie, he was forever taking pictures, even developing them in the family's bathroom.  Later he became an award-winning photographer winning an international 3rd prize from a Sony competition.  He also had many hobbies including hunting, fishing and raising homing pigeons.  His rose garden was extensive and was a showcase in the neighborhood for many years.

Relatives and friends are invited to attend his Memorial Service in the Devlin Rosmos Kepp and Gatcha Funeral Home, 517 S. Main Street, Phoenixville, PA on Monday, May 23, 2022 at 11:00 am.

To order memorial trees or send flowers to the family in memory of Joseph R. Brancaleoni, please visit our flower store.