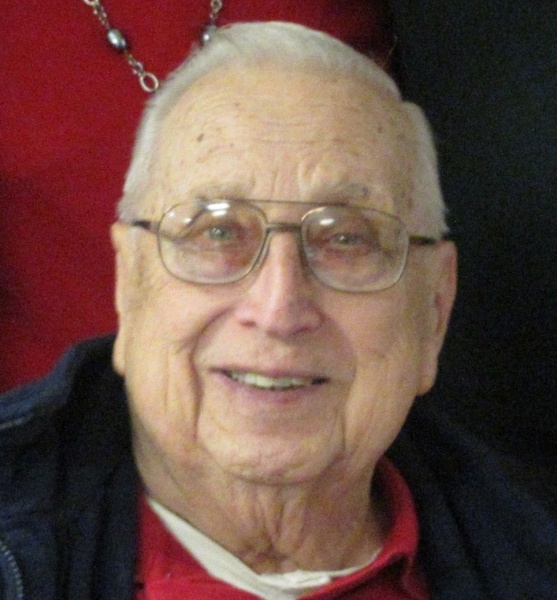 John Stephen Smith, 94, husband of the late Irene (Buziuk) Smith of Levittown, PA passed away on November 24, 2020 in Seasons Hospice in Phoenixville, PA.

Born on February 18, 1926 in Plymouth (Luzerne County), PA.  He was the son of the late Stephen and Susan (Kuzmak) Smith.  He was the oldest of six children and was a loving husband, father, grandfather, and great-grandfather.

He graduated from Hanover High School.  He joined the Navy following high school and served as an Aviation Radioman and Aerial Gunner during World War II.

John worked for US Steel in Fairless Hills in Production Planning, and as President of Union 5092 (for 15 years), holding one of the top three offices.

John met Irene on a blind double date on St. Patrick's Day 1951.  Irene was the other guy's date and John made him swap.

He enjoyed telling a good long story and enjoyed the casinos in NJ. In earlier years, he enjoyed traveling, mostly to California and the Virgin Islands.  More recently he enjoyed watching sports on TV (baseball, college and pro football, and college basketball).  He was ridiculously good with crossword puzzles.

He is survived by his daughter, Kathleen wife of Greg Adams of Kennett Square, PA where John resided for 18 years.

He was preceded in death by his brother Stephen Smith.

A Graveside Service will be held in St. Mary Cemetery, Miscavage Street, West Wyoming, PA on Thursday, December 3, 2020 at 12:00 noon.

To order memorial trees or send flowers to the family in memory of John Smith, please visit our flower store.

St. Mary of the Maternity Cemetery