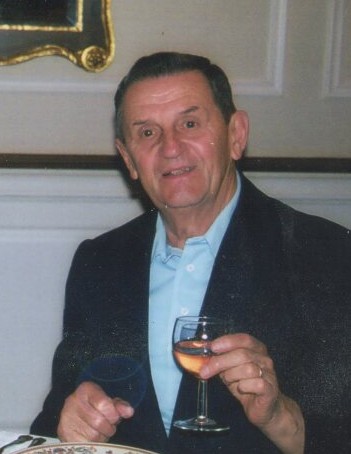 John Hnatin, long-time Phoenixville resident, passed away on April 13, 2021, after a brief illness. He reunites in death with his beloved wife of 58 years, Grace (Geho) Hnatin, and his parents, Alexander and Anna Hnatin. He was also preceded in death by his sisters, Anna Simes, Julia Kolar, and Helen Rensi, and his brother, Gregory Hnatin.

Born in Phillips, Wisconsin, John was a 1946 graduate of Phoenixville High School. He was an active lifetime member of Saints Peter and Paul Ukrainian Catholic Church. He was a proud civilian retiree of the former Valley Forge General Hospital and Warminster Naval Air Development Center. John also worked at Phoenixville Federal Savings after his retirement. He was an avid gardener, hunter, fisherman, bowler, and pinochle player.

The family is grateful for the gentle care provided to our father by St. Martha Villa in Downingtown, and the dedicated staff of Aseracare Hospice. A sincere thank you to John's friends at his favorite restaurant, Villa Pizza, and all the caring neighbors and residents of Phoenixville who never hesitated to lend a helping hand in his final years.

Funeral services and burial will be private due to COVID restrictions. Memorial contributions may be made to Saints Peter and Paul Ukrainian Catholic Church, 472 Emmett Street, Phoenixville, PA 19460.

To order memorial trees or send flowers to the family in memory of John Hnatin, please visit our flower store.