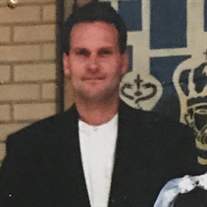 He was a member of Sts. Peter & Paul Ukrainian Catholic Church in Phoenixville.

John loved music, especially the Rolling Stones. He enjoyed working with his hands in construction and fixing things.

In lieu of flowers, contributions may be given to the Funeral Home on Tuesday to help with John's funeral costs.


To order memorial trees or send flowers to the family in memory of John Chuko, please visit our flower store.