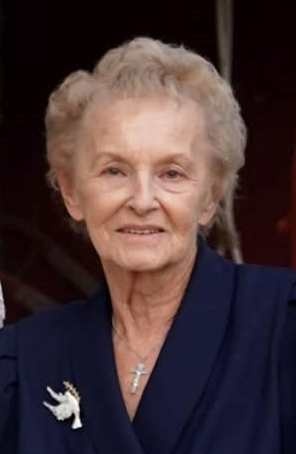 Joan worked as a Banquet Manager at Westover Country Club for 48 years.

She was the past President of the Legion of Mary.  She was a selfless and caring person willing to do anything for anyone.

She was preceded in death by brother, John Wasko and sister, Mary Louise Sumner.

A Funeral Divine Liturgy will be celebrated in St. Michael the Archangel Byzantine Catholic Church, Amelia and Landis Streets, Mont Clare, PA, on Friday, August 13, 2021 at 10:30 am.

In lieu of flowers contribution may be made to St. John Baptist Byzantine Catholic Church, 301 Cherry Street, Pottstown, PA 19464.

To order memorial trees or send flowers to the family in memory of Joan Roncase, please visit our flower store.