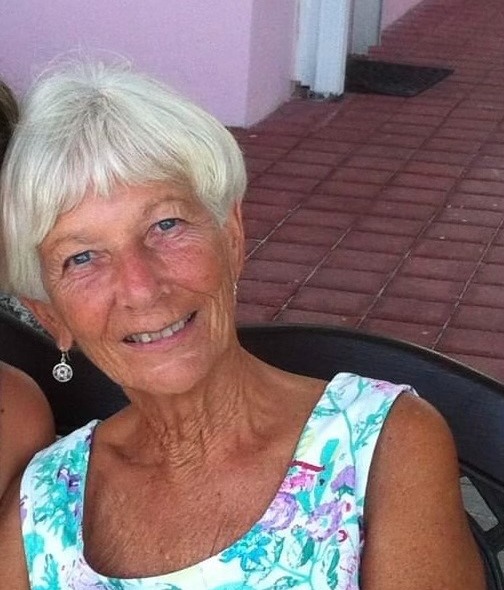 Joan (Kearns) Knipe of Marathon, Florida, formerly of Exton, Pennsylvania, died peacefully at Bryn Mawr Hospital, surrounded by her family, on October 18th, 2022.  She was 82.

Throughout her life, Joan was devoted to her family and passionate about childhood education, cooking and tennis.

Raised in Narberth, PA, Joan was the daughter of Edwin and Elizabeth Kearns, and had a younger sister Barbara (Tom and Betsy Whittingham) who predeceased her.  She graduated from Lower Merion High School and Millersville University.  Joan’s interest in childhood education formed as a student at Millersville, and continued as she enjoyed teaching the “Giraffe Class” at Trinity Nursery School in Gulph Mills for 25 years, where she was a favorite teacher to her kids and their parents.

Joan was predeceased by her husband of 59 years, James A. Knipe (“Jim”).  Jim passed in early 2020 after Joan dedicated herself to taking care of Jim as he battled cancer over the final years of his life.  Joan and Jim were high school sweethearts at Lower Merion and were rarely apart after they first met as teenagers.  They lived in Rosemont, PA with their three sons (James, Jeffrey and Jonathan) until 1977 when they purchased the Ship Inn restaurant in Exton, Pennsylvania, which was built in 1796 on the Lancaster Turnpike.  The family resided together above the restaurant in what was the original “inn”, which was furnished with beautiful antiques and cared for with love by Joan.  Joan also raised a beloved long haired dachshund (Jatzi) who lived for 17 years above Ship Inn, and yapped incessantly at unsuspecting restaurant customers who mistakenly walked upstairs to the gate that separated the restaurant from the Knipe residence.

Joan commuted to her full time teaching job in Gulph Mills for the 22 years while they owned Ship Inn, but she still found time to be an amazing cook (everything she made always tasted amazingly good but she made it seem simple) and an avid tennis player.

In 1999, Jim and Joan sold Ship Inn and moved to the Florida Keys, where they enjoyed their condominium on a canal.  They had a tennis court they could see off of one balcony for both of them, a little sailboat for Jim in their boat slip that they could see from their other balcony, and a beautiful pool where Joan loved soaking up the sun.  Family and friends visited frequently and were cared for like royalty by Joan (while cajoled to go sailing by Jim).

After Jim passed away, Joan spent summers and falls in Bryn Mawr, PA where she helped raise her grandsons Anderson (12) and Riley (11), making them delicious meals, picking them up from school and attending their baseball games and tennis matches.  Joan also got to spend wonderful times recently with her granddaughter Ellen (Darius) and her great grandson Colten (7), as well as her daughter-in-law Tammy and her daughters Alexis (Corey) and Amanda (Dan).

Whether you knew her as “Mom”, “Mom Mom”, “G.G.”, “Joan” or “Joanie”, she was a joy to be with and always there to help and to listen.  She never missed a birthday or special occasion for a loved one, and she was an enthusiastic fan of the Phillies, Eagles, Penn State and all things related to tennis.

There will be a celebration of Joan’s life in the parish house at St. Paul’s Episcopal Church in Exton at 2pm on Saturday, November 19th.

To order memorial trees or send flowers to the family in memory of Joan Knipe, please visit our flower store.