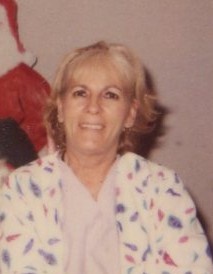 On Saturday, June 29, 2019 the Lord called another one of his loved ones home: our beloved wife, mother, sister, aunt, grand mom, and great grand mom.

Jenny was born on September 10, 1949 in Kimberton, PA to the parents George and Jenny Wells who preceded her in death along with her brother George S. Wells, and two grandsons Stevie and Josh Mitchell.

Jenny was employed at the Phoenixville Hospital for 18 years as a housekeeper. Jenny also worked at the Spring Ford Knitting Company for 15 years. Jenny was a hard worker and went to work faithfully every day but if it snowed she would walk to work because she was not a fan of driving in the snow.

When Jenny was not at work you could find her at the Casino or at Bingo. She loved spending time with her family and many friends along with her dog Snoop who would bark if you got to close to her or her husband Jonas.

There are 11 grandchildren and many great grand kids who will miss her dearly along with her nieces, Tina Lance and Debbie Parker.

Delois Cambor will say a prayer for her bereaved sister in law Jenny Hampton.

Sonia Dinkins will sing a song.

Please keep remarks to no more than 2 or 3 minutes.

Jenny you will be greatly missed by your family and many friends.

The family of the late Jenny Hampton would like to extend our heart felt appreciation and gratitude of each of you that have showed your love and support during our time of bereavement.

Celebrating the Life of Jenny Hampton

To order memorial trees or send flowers to the family in memory of Jenny Hampton, please visit our flower store.