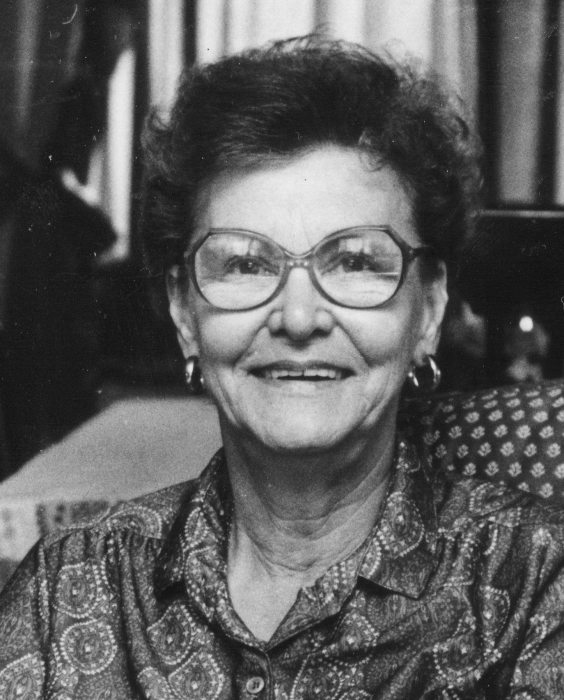 Jean B. Byers(Rapp) age94, wife of the late Peter C. Byers and former wife of Robert C. Godman died on March 6, 2020 surrounded by her loving family. Born in Phoenixville, daughter of the late Wesley J. and Alice (Briley) Rapp.

Jean attended local schools, Gay Street and Memorial Junior High Schools and upon graduating from Phoenixville High School in 1943 was elected to the National Honor Society in her senior year.

In 1944 she entered Bryn Mawr Hospital School of Nursing and in 1947 having received her diploma in Nursing, passed her state boards to become a Registered Nurse. She then was appointed Head Nurse on Mens’ Surgical Ward at the hospital.

In 1960 she became the Operating Room Supervisor at the hospital and then supervisor of the ER, Out Patient, Special Services and Short Procedure Unit. She retired in 1986 after 28 years of continuous service.

She served on the Board of Directors of the American Cancer Society, Chester County Unit from 1974 to 1979.

She was a 50 year member of the Order of the Eastern Star having served as Worthy Matron, Trustee, and Secretary of the Manavon Chapter #496 OES. She was an affiliated member of Spring Ford Chapter #518 and Schuylkill Chapter # 338.

She was also a past President and Past Treasurer of the Ladies Auxiliary to the Spring City Forest # 34, Tall Cedars of Lebanon of North America.

Her greatest achievement was being the unconditional loving force supporting her family.

Eastern Star Services begins at 11:00 am. Burial in Morris Cemetery.

In lieu of flowers, contributions in her memory should be made to; Pennsylvania Masonic Youth Foundation, 1244 Bainbridge Road Elizabethtown, PA 17077.

To order memorial trees or send flowers to the family in memory of Jean Byers, please visit our flower store.