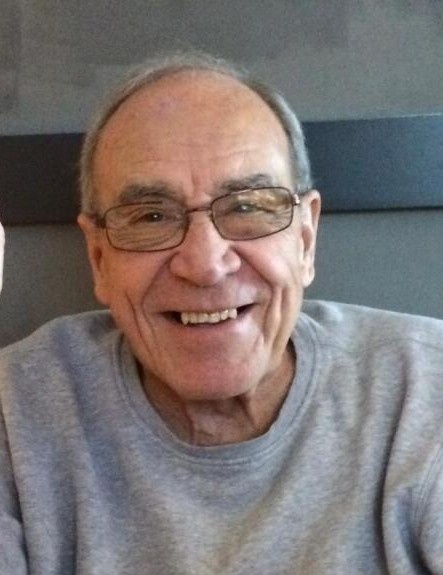 James F. Rocchi, 84, husband of the late Barbara Ann (Basile) Rocchi of Phoenixville passed away on Thursday, August 26, 2021. Jim was a meticulous planner and planned until the end.  But he wasn’t able to plan for all of the complications of cancer treatment.  We unfortunately lost him at 8:06pm with his daughter Vicki holding his hand at his bedside.  He lived a good life and was satisfied at the end to go and meet Barb for drinks on the veranda after a round of golf.

He and Barbara were married in 1964 and had three children who have survived them both: Vince Rocchi (husband of Ramona Singh), Rochelle Rocchi (wife of Greg Johnson), and Vicki Rocchi.  He was also incredibly proud of his four beautiful grandchildren:  Stella Rocchi, Nick Rocchi, Gabriella Johnson, and Ian Johnson.

Jim was born in Philadelphia on August 4, 1937 to the late James and Anna (Pirraglia) Rocchi.  They, along with his adored younger sister Eleanor, lived on 20th and Westmoreland in Upper Philadelphia until Jim’s Freshman year of high school (Roman Catholic) when they moved to Lawndale Street in Juniata.  A story he loved to tell was that he came home from school one day to their Upper Philadelphia home to find that his parents had moved their things earlier that day to the new home.  One of his neighbors called across the street to him, “Hey Jim, I think they left you behind!”

He remained at Roman commuting each day until graduation.  After that, he worked at Penn Fruit, where he met some of his best and life-long friends, until he left to serve in the U.S. Army National Guard which took him to Fort Knox in Tennessee and Fort Ord in California.  While in California, he connected with an uncle and aunt in Southern California whom he visited often.  But when his training was finished they couldn’t convince him to stay and he returned to Philadelphia to serve out his reserve time.

Upon returning home, Jim tested for the Philadelphia Police department and US Postal Service.  He chose a career in the Postal Service, where he served for 30 years, fortunately retiring at a young age, but happy to answer the question “What are you going to do now?” with “Pack Barbara’s lunch every day!”

Jim and Barb raised Vince, Rochelle, and Vicki on Morrell Avenue in Northeast Philadelphia but after all of the kids moved out for their own adventures, the two decided they also needed a new escapade. They had a new home built in Phoenixville, and spawned the infamous “Why The Hell Four Bedrooms?” over Christmas dinner with the Doughertys.

Jimmy enjoyed golfing in his later years and was an excellent gardener, proudly displaying his ‘big boy’ tomatoes when they ripened and were ready to stuff!  What was most important to him, though, was family.  He had a strong memory and regaled his eager listeners―often his kids―with stories of summers as a teen with his aunts, uncles, sister and cousins in Penfield, PA. His stories recounted everything from delivery truck rides with Uncle Nick to camping at Parker Dam with Frankie, Junior, and Jimmy.  He would also tell us of his Sunday trips back in Philadelphia to visit his grandmother, meeting cousin Dominic and Uncle ‘Tilly’ there!

But his more recent adventures were highlighted by his time down the Jersey shore each summer, especially his daily morning trips to the beach with his beloved brother-in-law Fran Dougherty, Eleanor’s husband.  He would relish being able to get the first parking spot right behind the dunes even if the waters edge was still 300 yards away.  They were the best of friends and spent nearly every morning on the beach in the summers―so much so, in fact, that they were considered to be a fixture of the morning beach in Wildwood Crest, and Fran was often asked where his brother-in-law was when Jim was away.

As noted above though, he’s now either hitting 300 yard drives straight as an arrow or stepping out of the car directly into the warm Atlantic surf.

Jim has requested cremation and a small private service will be held with family.  Once all of his grandchildren return from college over winter break, the family will re-gather to interr his and Barbara‘s ashes at Saint Ann’s cemetery in Phoenixville.

In lieu of flowers, memorial contributions may be sent to the ALS Association in honor of his late wife Barbara, addressed to the Greater Philadelphia Chapter, 321 Norristown Road, Suite 260, Ambler, PA  19002.

To order memorial trees or send flowers to the family in memory of James Rocchi, please visit our flower store.