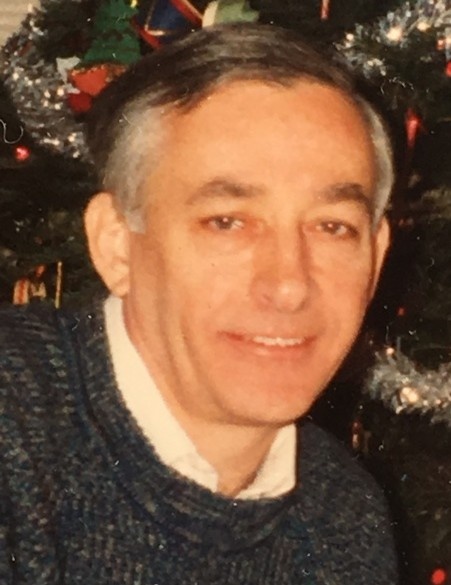 John R. “Jack” Klenk, 82, husband of Patricia “Trish” (Campbell) Klenk of Phoenixville, PA, passed away surrounded by family on Friday, March 30, 2018. Born on August 22, 1935 in Phoenixville, PA, he was the son of the late William F. Sr. and Eleanor (Malkoski) Klenk. Jack was a graduate of Phoenixville High School, Class of 1953 and a member of the Pennsylvania National Guard for 8 years. He worked in the lab for the former American Inks and Coatings Company of Valley Forge, PA for 45 years until his retirement. Besides spending time with his loving family, Jack was an avid sports fan - he coached PMYC football for 16 years, attended Phoenixville Phantoms football games since the age of five, and enjoyed watching the Eagles, Phillies, and Villanova. He also loved his daily walk, and listening to his vast collection of 50s music. In addition to Trish, his wife of 60 years, Jack is survived by his son Thomas P. Klenk and grandchildren Jessica and Jason; his son Richard M., husband of Carol Klenk, and grandchildren Allison, Lindsay, Madeline, and Ricky; his daughter Susan M., wife of Mark Coleman, and grandchildren Rachel, Joe, Sarah, Danny, Ashley, and Isabella; and his two brothers William F. Jr., husband of Sally Klenk, and Jeffrey T., husband of Veronica Klenk. Relatives and friends are invited to attend his Funeral Mass at St. Ann Chapel, 604 South Main Street, Phoenixville, PA, on Thursday, April 5, 2018 at 11:00am. Burial will follow at St. Ann Cemetery, Phoenixville, PA. Friends will be received Thursday morning from 9:30am to 10:30am at Devlin Rosmos Kepp and Gatcha Funeral Home and Cremation Services, 517 South Main Street at Fourth Avenue, Phoenixville, PA. In lieu of flowers, contributions may be sent to Habitat for Humanity at www.habitat.org, or by mail, Habitat for Humanity, 121 Habitat Street, Americus, GA, 31709-3498. Condolences may be given to the family at www.GatchaFuneral.com.

To order memorial trees or send flowers to the family in memory of Jack Klenk, please visit our flower store.