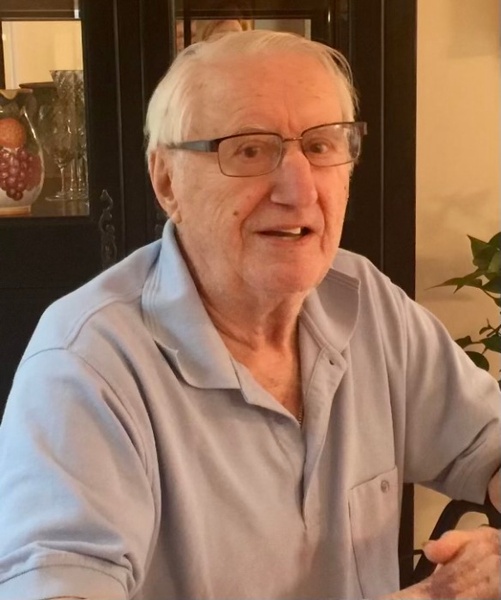 Harry G. Fedick, 90, husband of the late Dorothy P. (Kucharik) Fedick of Phoenixville, PA passed away on Saturday, August 7, 2021 surrounded by his family.

Born on September 27, 1930 in Phoenixville, PA he was the son of the late Harry and Katherine (Kowal) Fedick.

Harry graduated Phoenixville High School in 1949 before enlisting in the U.S. Navy and serving during the Korean War. He also graduated from the Traffic Management Academy in Philadelphia. Following his service, he was employed as a Transportation Manager with New Holland Machine Company and also owned and operated his own maintenance and courier service businesses.

Harry and Dorothy proudly made their home and raised their family at 114 Starr Street for over 50 years.

In addition to his wife, he was preceded in death by son, Brian Joseph Fedick, Sr.; his sister, Marie Lombardi; and his brothers, Peter, John, and Joseph.

Relatives and friends are invited to attend his Funeral Mass in St. Mary of the Assumption Catholic Church, 212 Dayton Street, Phoenixville, PA on Friday, August 13 at 10:00 a.m.

In lieu of flowers, contributions in memory of Harry may be made to the Wounded Warrior Project at www.support.woundedwarriorproject.org.

To order memorial trees or send flowers to the family in memory of Harry G. Fedick, please visit our flower store.