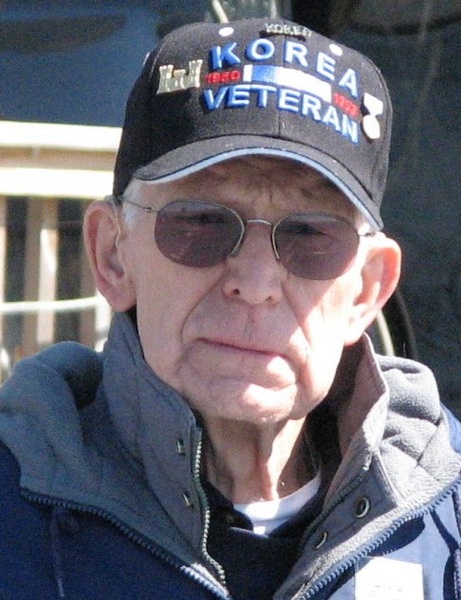 Gerald Elmer Emery, Sr. 88, of Spring City, PA, died peacefully on July 22, 2019 in Spring City.
Born on February 2, 1931 in East Pikeland, he was the son of the late Hamilton Hernando and Clara Emma Emery.
Jerry joined the Army in October, 1952 where he served in the Korean War for the Army Corps of Engineers, Company A, 434 Battalion.
He worked for Werner Bus Company in Phoenixville for 60 years.
He was known for his sense of humor and his ability to fix anything. His family and friends referred to him as "MacGyver."
He enjoyed gardening and outdoor activities.
He was a life member of VFW Post 1564, and the Moose Lodge 1273, both in Phoenixville.
He is survived by,
Daughters
Margaret and Carol Emery
Son
George, husband of Mare Emery
Grandchildren
Gerald, David, Rebecca, Kyra, Cole, Jayden, Gabriel, and Mariah
Great Grandchildren
Eric, Peter, Ella, and Jake
Sisters
Helen Raser (Roy Kramer)
Susan Patterson
Brother
Bruce Emery (Kathy)
Also survived by many nieces and nephews.
He was preceded in death by,
Son
Gerald Emery, Jr.
Brothers
Hamilton, Vernon, and Edward
Beloved partner
Sara Fuller
Relatives and friends are invited to his viewing at Devlin Rosmos Kepp & Gatcha Funeral Home & Cremation Services, 517 South Main Street at Fourth Avenue, Phoenixville on Monday, July 29, 2019 from 6 to 8pm. Burial will be private.
In lieu of flowers, donations may be sent to Southeastern Veterans Center, 1 Veterans Drive, Spring City, PA 19475.
Condolences may be sent at www.GatchaFuneral.com.

To order memorial trees or send flowers to the family in memory of Gerald Emery, please visit our flower store.