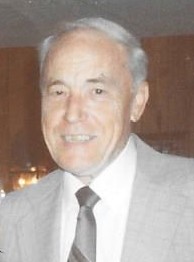 George Joseph Sprenkle, 89, beloved husband of Dorothy P. (Dovey) Sprenkle of 68 years, died on November 20, 2019, in Phoenixville, PA. He was born on March 24, 1930, in Philadelphia, PA, to the late Philip and Anna C. Sprenkle. He was predeceased by two brothers: Philip Sprenkle and William Sprenkle; and two sisters, Catherine Sprenkle and Marie D. (Sprenkle) Hambrecht; and a granddaughter, Sara J. Sprenkle.

George graduated from Northeast Catholic High School for Boys in Philadelphia, PA, in 1948.

He served in the United States Army during the Korean War where he received the National Defense Service Medal, the Occupation Medal (Germany), and the Good Conduct Medal. George received an Honorable Discharge in 1953.

His personal interests included crossword puzzles, politics, and impromptu trips to the casinos, where he enjoyed doubling down on blackjack. He also enjoyed rallying for the Phillies and the Eagles. In his early years he enjoyed playing tennis, golf, boating, and flying remote-controlled model airplanes in Valley Forge National Park. George also enjoyed vacationing with his family along the East Coast Shoreline.

George was known for his quick-witted sense of humor. He was affectionately known as "Ace" by those close to him as he could master any trade. He will be missed dearly by his family.

Relatives and friends are invited to attend his Funeral Service in the Devlin Rosmos Kepp and Gatcha Funeral Home, 517 S. Main Street, Phoenixville, PA on Tuesday, November 26, 2019 at 10:30 am.

In lieu of flowers, contributions may be made to the American Cancer Society or St. Mary’s Franciscan Shelter, 209 Emmett Street, Phoenixville, PA 19460.

To order memorial trees or send flowers to the family in memory of George Sprenkle, please visit our flower store.