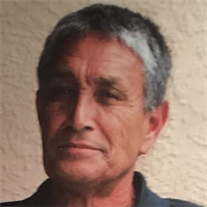 George served in the United States Marine Corp during the Vietnam War. He was awarded three Purple Hearts, two stars and various medals.
He worked for the U.S. Postal Service at the Southeastern Distribution Center for 33 years.
He was a member of St. Thomas More Catholic Church in Pottstown, PA.

George spent time umpiring at PYBRL and KYAL. He also coached basketball at PMYC and was League Commissioner.

An avid golfer, he was a longtime member of the Kimberton Golf Club.

George was a devoted husband, proud father, loving Jido to his grandkids, adoring son, supportive brother and loyal friend to all.

He is preceded in death by his in-laws, James and Teresa Fitzpatrick and son, Barry A. Jones.

Relatives and Friends are invited to attend his Funeral Mass in St. Thomas More Catholic Church, 2101 Pottstown Pike, Pottstown, PA, on Friday, March 17, 2017 at 11:00 am

In lieu of flowers, memorial contributions may be made to St. Jude Children's Research Hospital at www.stjude.org/Donate .

To order memorial trees or send flowers to the family in memory of George Daher, please visit our flower store.