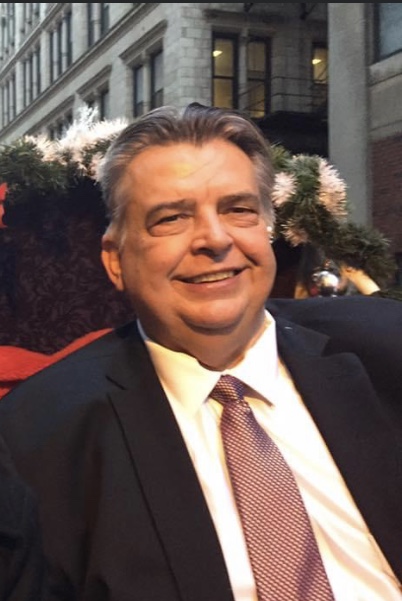 He was born in Phoenixville, PA on December 6, 1953 to the late Frank T. Wetty Jr, and Margaret M. (Paster) Wetty.  Frank graduated from Phoenixville High School in 1971.  He received a Bachelors in Science (Economics Degree) from the University of Pittsburgh in 1975.

He worked as Senior Manager of Technical Services at Fiserv, Inc.

Frank was an Eagle Scout and was instrumental in erecting the Veterans' Memorial in Reeves Park.  He loved to cook for his family and was active in the lives of his children and grandchildren and helped take care of his father-in-law.  He was also a handyman and could fix anything in the house.  He enjoyed going to Long Beach Island with his siblings and later shared that experience with his family.  In 2001 he took his family on their "trip of a lifetime" to Rome for Christmas and Paris for New Year's.

In addition to his wife, Deborah, he is survived by four children:  Kathryn wife of John Morris, Jonathan husband of Monica Wetty, Anya wife of Anthony Powell, and Joseph Wetty;  twin grandsons who were his pride and joy: Luke and Connor Wetty; and three siblings:  Thomas husband of Carol Wetty, Mary wife of John Godman, and Andrew Wetty husband of Michael Ashby.

He was preceded in death by his sister, Margaret Graves, wife of Dr.Larry Graves.

In lieu of flowers, contributions may be sent to:

To order memorial trees or send flowers to the family in memory of Frank Wetty, III, please visit our flower store.