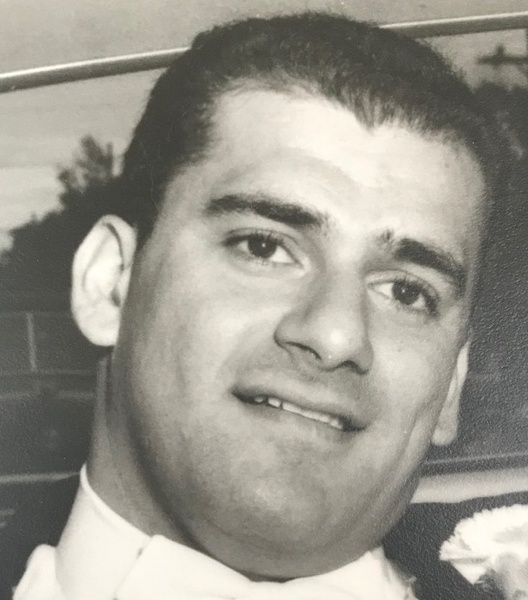 Francis (Frank) James Rinaldi, 91, passed away peacefully at home surrounded by his adoring wife and family on March 27, 2020. He was born on March 9, 1929 to the late Josephine and Michael Rinaldi. On September 11, 1954 he married the one true love of his life, Lucy DiFonzo of Philadelphia and they raised two daughters in Mont Clare, PA.

Frank was a United States Marine and a Korean War Veteran (U.S. Marine, 1st Division) who survived the Inchon landing, the battle of the Chosin Reservoir and was awarded the Bronze Star Medal for his heroic efforts. He worked at the Phoenixville Steel Company after returning from Korea before joining Valley Forge Army Hospital and then the Naval Air Development Center in Warminster, PA as an electronics technician. He continued to serve the U.S. Navy in a civilian capacity for almost 40 years repairing and calibrating equipment for the servicing of U.S. Naval aircraft.  In order to provide a better life for his family and an education for his girls, he operated his own business “Frank’s TV Service” for more than 30 years when he made house calls to repair televisions.  He continued to tirelessly work two jobs until retirement in June, 1990.

Frank was an avid runner before it was fashionable and completed several marathons. He never missed logging his daily miles even up to his 89th year.  Lucy and Frank cultivated many friendships at the Phoenixville YMCA while walking and running daily until last year.  He continued to lift weights and enjoyed sharing this activity with both his grandchildren, Giancarlo and Gabby Morreale. A favorite memory of his grandchildren is when he climbed the deck of the beach house at 78 years of age to unlock the door.  He remained in U.S. Marine Corp shape until his final days.  He enjoyed the outdoors and hunting with his nephew Joseph Fusco and his sons (Joe, John and Jimmy), and bowling in a weekly league with his many friends.

After his retirement he pursued his woodworking hobby, making toys and cradles for his grandchildren and many pieces of furniture for his family.  He devoted his energy to his first grandson, Christopher, who was born with multiple disabilities including cerebral palsy and a severe mental impairment.  He was “bus driver” for years; transporting him back and forth to Overbrook School for the Blind for his Early Childhood Education.  He retired a month prior to the birth of Christopher in 1990 and believed he was called by God to help care for him.

Frank was a lifelong communicant of St. Mary of the Assumption Church in Phoenixville, PA and attended mass daily. Frank is survived by Lucy, his wife of 65 years, his daughters Lisa (Joseph) Grossbauer and Donna (Philip) Morreale, as well as his cherished grandchildren, Christopher Pettine, Emily, Rachel, and Andrew Grossbauer and Giancarlo and Gabrielle Morreale.

Services are private due to the current health environment.  In lieu of flowers, the family asks that you consider a donation in Frank’s name to the Ursinus College “Bear2Bear” Student Emergency Fund which supports students facing temporary financial hardship as a result of an emergency or crisis situation.  Frank has two grandchildren Giancarlo Morreale (UC ’16) and Rachel Grossbauer (UC ’23) educated by the devoted faculty of Ursinus College and his daughter, Lisa Grossbauer, teaches in the Math & Computer Science Department.  Gifts can be mailed to the Ursinus College Advancement Office, 601 E. Main Street, Collegeville, PA noting that the gift is in Frank’s memory. Gifts can also be made online at www.ursinus.edu/makegift . Just choose the Bear 2 Bear Fund from the drop down menu.

Memorial masses can be requested at St. Mary of the Assumption Church in Phoenixville, PA via phone at (610) 933-2526.

To order memorial trees or send flowers to the family in memory of Francis "Frank" Rinaldi, please visit our flower store.