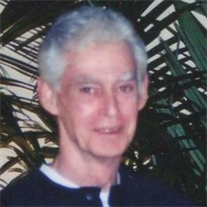 Born on January 16, 1943, and raised in Brooklyn, NY, he was the son of the late William and Gladys C. (Shea) Goodridge.

He attended Our Lady of Victory Catholic School in Floral Park, NY.

Frank enlisted in the United States Navy where he served as a Navy Seal during the Vietnam War.

He was employed as a New York City Police Officer, and then was a Corrections Officer at Graterford Prison.

He also served in the United States Army Reserves.

He was an accomplished Pool Player and participated in many tournaments in Las Vegas.

He was a member of the Church St. Mary in Schwenksville, PA.

He was preceded in death by his brother, Jerry Goodridge.

Relatives and friends are invited to attend his Funeral Mass in the Church of St. Mary, 40 Spring Mount Road, Schwenksville, PA, on Monday, March 6, 2017 at 11:00 am.

To order memorial trees or send flowers to the family in memory of Francis Goodridge, please visit our flower store.