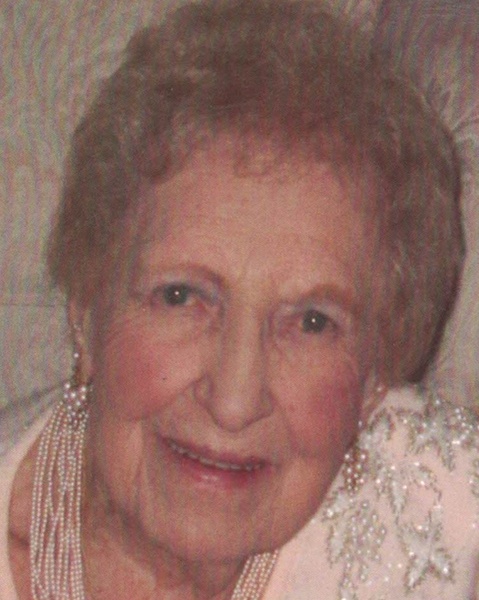 Flora M. (Gerloff) Capoferri of Royersford passed away peacefully at her home on Thursday, September 15, 2022. She was 108 years old.

Born on April 10, 1914 in Reading, Pennsylvania, she was the daughter of the late Arthur Ewing and Grace Virginia (Seifrarth) Gerloff. Flora was raised on her family's farm in Neiffer and educated in a one-room school house. She worked after school at the Collegeville Flag Company, earning ten cents an hour to assist her family during the Great Depression. She graduated from Collegeville High School in 1932 and attended Temple University.

Flora married the late Fred C. Capoferri in 1935. While raising their three daughters, she worked outside of her home in various capacities, including as a seamstress at the Royersford Bedspread Factory and the Needleworks, and as a typist at Rayburn Paper Company. Her last employment was for the Commonwealth of Pennsylvania in the Accounting Department at Pennhurst State School and Hospital, where she managed the Accounts Payable Department and was subsequently promoted to Guardian Officer. She retired in 1978.

Flora enjoyed traveling with her husband and later with her close friends. Her travels took her to many destinations throughout Europe and the Caribbean Islands, China, Mexico and Hawaii. She and her husband were avid dancers, spending every Saturday evening at dancing events throughout the area. A skillful seamstress, Flora proudly hand-made all of her daughters' clothes during their early years.

She was a member of Saint Eleanor Catholic Church, Collegeville and the Retired Public Employees of Pennsylvania, where she served as Treasurer. She was a frequent guest at Montgomery County's annual birthday celebration honoring resident centenarians. On her most recent birthday, she was honored by the Mayor of Royersford as the eldest resident of the borough.

Family was important to Flora; she was very proud of her three daughters, eight grandchildren and 13 great-grandchildren. She never missed a birthday, and hosted many elaborate holiday celebrations at her home.

Burial will follow at Limerick Garden of Memories, Limerick, PA.

In lieu of flowers, contributions may be made to Saint Eleanor Memorial Fund, 647 Locust Street, Collegeville, PA 19426.