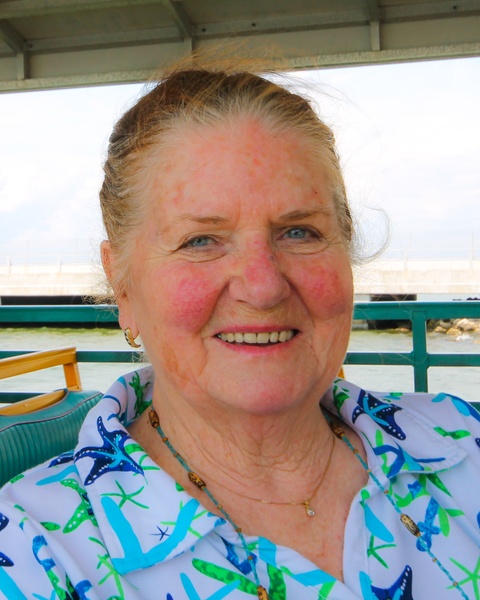 Evy Lee Yenchick (“Lee”), 88, of Pottstown, formerly from Phoenixville, passed away peacefully in hospice care at Spring Mill Senior Care on Sunday Sept. 18th, 2022.  Born in Bryson City, NC., Lee was predeceased by her husband Elmer Yenchick of 58 years, son Jay, parents Ulrich and Alice (Farley) Matthews and brothers James and Roy Matthews.  She is survived by daughter Kay Yenchick, with whom she lived the last 12 years of her life, son Ray Yenchick and his wife Deborah of Aurora Colorado, grandson Sam of Colorado, daughter-in-law Jackie of Rockledge, Florida and many nieces and nephews.

Moving to Spring City with her parents and siblings in 1948, she graduated from Spring City High School in 1951.  One of her first jobs after graduation was as a waitress at the Seacrist’s Drug store in Phoenixville.  There she met her future husband, Elmer.  She was a multi-talented woman who became a stay-at-home Mom.  She loved to sew, knit, draw, paint, cook and bake.  Her homemade cream puffs are considered almost legendary, at least by those fortunate enough to devour them.  Just ask some of the Phoenixville police officers who came to the county court office on a Monday after she had baked the weekend before.  She was proud of the fact that she took a carpentry course at the local tech school, applying those skills to make the doors on the garage of her Phoenixville home. Lee loved to paint and became quite accomplished after taking lessons with George & Mary Katherine Wiggins at Historic Yellow Springs.  She was voted Artist of the Month by the Phoenixville branch of the Southeast National Bank in March of 1981.  She was an active member of the Phoenixville Chapter of the Soroptimist Club, serving as president in 1990-91.  She was involved in the Soroptimist Club annual art show, helping to organize the event and stage the paintings.  She volunteered at the Phoenixville Hospital as a greeter for many years.  She was also Judge of Elections for the West End for many years.  Later in life, after Elmer retired, Lee was asked to help out at the district court in Phoenixville by the late Judge, Jack Jeffers, who was also the best man at their wedding.  She went on to work for the Chester County court system for 17+ years, where she retired in 2006.

In the summer, family time was spent almost every Sunday afternoon at the Black Rock Boat Club.  Lee was not afraid to put on a pair of water skis and do a trip up and down the Schuylkill River.  August trips to Lake Wallenpaupak with family and friends were always greatly anticipated.  Winter fun involved snowmobiling trips to Coudersport, PA.  Occasional vacations to the Caribbean were a great treat for her as they were ALWAYS without out us kids.

An avid reader, she always had her nose in a book and passed her love of Science Fiction on to her children.  The daily crossword puzzle in the paper was also a favorite.  She enjoyed the theatre and would do weekend bus trips with friends to New York to see a play or two.  An animal lover having grown up on a farm, she had many cats over the years and loved to watch and feed the birds.  Always willing to help, she would volunteer her time and talents to many projects over the years.  She sewed several wedding dresses for family and friends, made drapes and doll clothes and enjoyed baking for bake sales.  She loved little children and often invited those in the neighborhood to play in her yard. Once her grandson Sam was born, she made many trips to Colorado to be with him – many more than when it was just Ray in Colorado.  The time she spent with him was precious to her.

She will be missed by many.

In lieu of flowers please send donations in her name to the Phoenixville Senior Center 153 Church Street Phoenixville, PA 19460 or the Brandywine SPCA at 1212 Phoenixville Pike, West Chester, Pa 19382 .