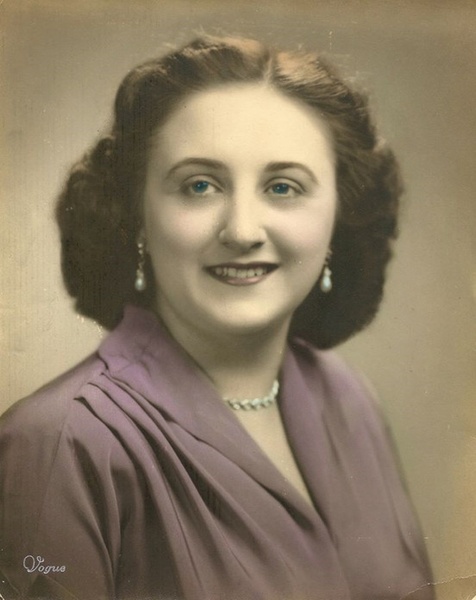 Dorothy P. (Dovey) Sprenkle, 89, beloved wife of the late George J. Sprenkle for 68 years, died on December 25, 2019, in Phoenixville, PA.  She was born on September 27, 1930, in Philadelphia, PA, to the late Foster B. and Dorothy A. Dovey.  In addition to her husband, she was preceded in death by several aunts, uncles, and cousins; and, a granddaughter, Sara J. Sprenkle.

Dottie, as she preferred, graduated from Frankford High School in Philadelphia, PA, in 1948, where her focus was home economics.  She worked at Gimbel Brothers in Philadelphia as the “gadget” girl and received recognition for her work efforts.

In 1951, she married George and soon thereafter moved to Phoenixville, where they resided for over 60 years and raised five children. Dottie’s greatest enjoyment came from being a wife, a mother, and later a grandmother.

She also enjoyed crocheting, knitting, sewing, learning new recipes, cooking for her family, playing the casino slots, vacationing at the shore, reminiscing over old photographs, and visiting with friends.  She loved most animals, but had a life-long affection for dogs.

Dottie’s community involvement extended to driving for Meals on Wheels, knitting hats for newborns, which were then donated to the Phoenixville Hospital, and knitting blankets for the homeless. She also participated in patterning therapy.

Dottie was known for her sweet and welcoming demeanor.  She was the heart of our family and she will be forever in ours.

A viewing and service will be held at the Devlin Rosmos Kepp & Gatcha Funeral Home in Phoenixville, PA, between 9:30am and 10:30am on Tuesday, December 31, 2019.  Interment immediately following at Limerick Garden of Memories in Limerick, PA.  A Funeral Service will be at 10:30 am.  All are welcome to attend.

In lieu of flowers, contributions may be made to the First United Methodist Church of Phoenixville Kitchen Ministry (610.933.5936) or the Main Line Animal Rescue.

To order memorial trees or send flowers to the family in memory of Dorothy Sprenkle, please visit our flower store.