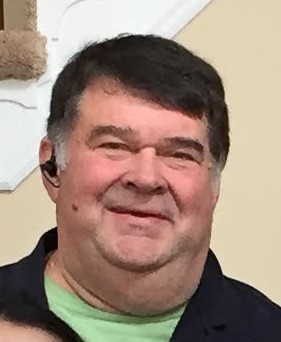 Born in Phoenixville on October 25, 1952, he was the son of the late Joseph and Mary (Kaminski) Gracia.

Don worked as an IT Manager before founding Providence Self Storage in Upper Providence Township in 2009 with his wife.

He was a Scoutmaster for Troop 369 at Visitation B.V.M. Church.  Don was very involved in the community serving as the coach and President for East Norriton Little League, member of Sts. Peter & Paul Ukrainian Catholic Church in Bridgeport, Kimberton Lions Club, and a Fourth Degree member of the Pope John Paul I Council Knights of Columbus.

Don was active in local politics.  He served as East Norriton Township Supervisor for 12 years from 2001-2013.  Additionally, he volunteered on the East Norriton Planning Commission, Montgomery County Prison Board, and East Norriton Republican Committee.

In addition to his wife, he is survived by his son, Drew, husband of Kristina Gracia and granddaughter, Gabriella “Gabby” Gracia.  He was affectionately and lovingly known to Gabby as "Cool Pop" and was eagerly anticipating meeting his new granddaughter in December.

He will be greatly missed by his dear friends and family.

A viewing will be held at the Devlin Rosmos Kepp & Gatcha Funeral Home,

A Divine Liturgy will be celebrated in Sts. Peter & Paul Ukrainian Catholic Church,

In lieu of flowers, memorial contributions in Don's honor may be sent to the Leukemia & Lymphoma Society at donate.lls.org

To order memorial trees or send flowers to the family in memory of Donald Gracia, please visit our flower store.