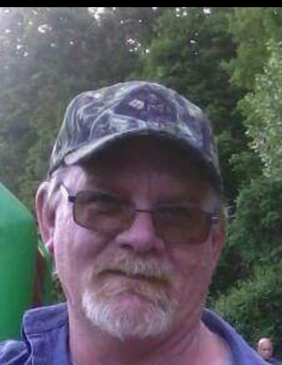 David O. Williams, 60, of Douglassville, PA passed away on October 14, 2019 at the Reading Hospital after fighting a brief, yet aggressive cancer.

David was the son of the late Stanley "Wally" and Betty E. (Sirgenson)Williams. He was educated in the Holy Trinity Catholic School and graduated in 1977 from NCCTS in Phoenixville, PA .

David was a jack of all trades, if you broke it he could fix it. He was known by his many nieces and nephews as "Uncle Gadget". he had a passion for fixing and building cars, especially proud of the 1923 tee bucket the he, along with his children, built. This was his "therapy" after having back surgery.

He worked for many years in the construction field, last company was Twin Counties of Royersford. When the company closed, he obtained his CDL and was employed by Metro Atlantic Logistics. He became disabled in March of 2019.

Surviving David is his wife Lucille Marie "Kelley" Rowan of 38 years. Son, Keith Anthony and daughter, Amanda Desiree Williams. His two granddaughters, Sadie Hoke and Riley McFadden, who were his pride and joy. One sister, Judy Fink of Lancaster. 5 brothers: Doug of Bechtelsville, Stanley of Honey Brook, Jeff of Christiana, Christopher of Pottstown, and Craig of Glenmore.

In laws, Joseph and Helen Marie Keiser of Perkiomenville, PA and the late Joseph Rowan. Sister-in-laws, Kimberly Williams, Michele Williams, and Tiffani Williams. Along with many nieces and nephews.

His knowledge of all the episodes of the Three Stooges was phenomenal as well as the love of family and his (chicken) grilling techniques. David will be sorely missed by all who knew him and there will be many interesting stories that will be forever memorable.

Relatives and friends are invited to attend his Funeral Service in the Devlin Rosmos Kepp and Gatcha Funeral Home, 517 S. Main Street, Phoenixville, PA on Saturday, October 19, 2019 at 10:00 am.

To order memorial trees or send flowers to the family in memory of David Williams, please visit our flower store.