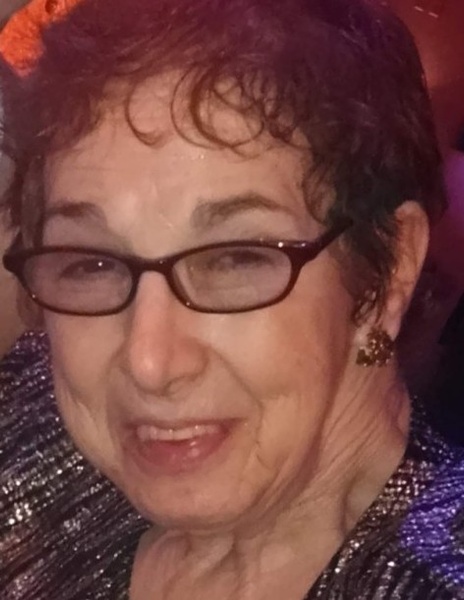 Carole A. Marlin, age 74, passed away Tuesday, March 19, 2019 in Lima, PA, at Fair AcresGeriatric Center after a long battle with Parkinsonism. She was born on March 18, 1945 in Altoona, PA, the daughter of Joseph E. and Edna (Hileman) Marlin. Carole is preceded in death by her parents, and brother, Joseph F. Marlin. She was previously married to and survived by Kenneth F. Rahm and Robert Kutz. She graduated from Altoona Area High School and was a homemaker, mother, and later worked in the antiques field for many years as well as Housing Revitalization. After moving to Phoenixville, PA, in 1999, she worked at the Prothonotary’s Office of Chester County, and briefly as a teacher’s aide at St. Basil the Great School. In 2013, she moved to Fair Acres Geriatric Center due to advanced disabilities from Parkinsonism Disease; she was treated with excellent care and love by the staff at Fair Acres. The delights of her life were her grandchildren, buying and selling antiques, and especially music and dancing. She was also an avid photographer, and won several awards. In addition to Kenneth and Robert, she is survived by her three children; Michele (Rahm) wife of Steve Giacomucci, of Phoenixville, PA, Debbie (Rahm) wife of Dan Brodeur of Lansdowne, PA, and Brenda (Rahm) wife of Thomas John Bartkowski,  of Clarks Summit, PA; stepdaughter: Kelly (Kutz) Cortez, and ten grandchildren: Scott husband of Maria ( Sotomayor) Giacomucci, Eric Giacomucci, Emily Giacomucci, Anna Giacomucci, Elliott Lamborn, Alex Lamborn, Natalie Lamborn, Olivia Lamborn, Justene Bartkowski, and Cassidy Bartkowski. She was preceded in death by her brother: Joseph F. Marlin.
Relatives and friends are invited to attend her Funeral Service at Devlin Rosmos Kepp & Gatcha Funeral Home & Cremation Services, 517 South Main Street at Fourth Avenue, Phoenixville on Sunday, March 31, 2019 at 4:00 pm. Burial will be private. Friends may call at the funeral home Sunday afternoon from 3:00 - 4:00 pm. In lieu of flowers, please consider a donation to the Pennsylvania SPCA or the Michael J. Fox Foundation for Parkinson’s Research.

To order memorial trees or send flowers to the family in memory of Carole Marlin, please visit our flower store.