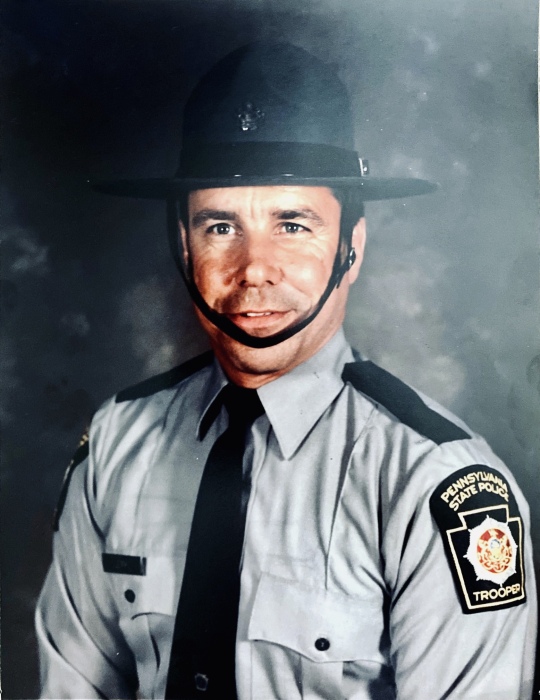 Carl was born in Pottsville, PA on February 9, 1946 and was a son of the late John and Esther (Ulmer) Clemko.  He served in the U.S. Navy for four years during the Vietnam War.  He was stationed aboard the USS Leary (DD-879) with tours in the Mediterranean, Dominican Republic, and Cuba.

Carl was a Pennsylvania State Police Trooper for 27 years starting at the Belmont Barracks and then the Limerick Barracks.  After retiring from the State Police in 1995, he worked for the U.S. Marshall Service at the Reading Federal Courthouse for 23 years.

For 20 years he umpired for girl’s high school and college softball games in throughout Pennsylvania.  Carl enjoyed playing sports his entire life and even during retirement he played in various sports leagues, including, senior softball, bowling, and golf. He was a member of Friedens Lutheran Church in Oley, Fraternal Order of Police Lodge No. 37 & 71, Veterans of Foreign Wars Post 411 in Birdsboro, and the Oley Fire Company.

In addition to his wife, Carl is survived by his two sons:  Carl Clemko, Jr. and Joseph Clemko husband of Silvia Bustos Clemko; granddaughter, Camila Lee Clemko; and sisters:  Shirley Rehrer and Charlotte Kline wife of Norm Kline. He was preceded in death by his brother, John Clemko.

A Celebration of Carl's Life will announced at a later date.

To order memorial trees or send flowers to the family in memory of Carl Clemko, please visit our flower store.