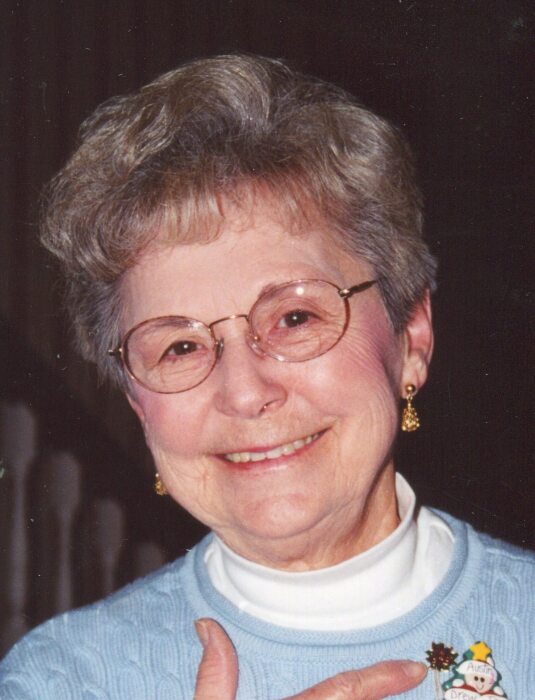 Anne (Strogus) Antolik of Lansdale PA, passed away on Saturday July 4, 2020 under a blaze of fireworks and celebration of our country’s birth.

Anne was born August 9, 1923 in Phoenixville PA and was the daughter of the late John and Anna (Lopusinski) Strogus.  Anne was the wife of the late Emil J. Antolik, who she has been away from since his passing in 1990.  Annie and EJ, as they were affectionately called, met at a local Phoenixville dance hall while he was a recovering soldier at the Valley Forge Army Hospital.  They married in September of 1946 and shared 43 years of marriage.

Anne was formerly from Mont Clare, and New Hope PA, having raised her family on Jacobs St. in Mont Clare and lived for a time with her youngest son David in New Hope.  Her later years were spent in the loving care of her son Mark and his wife Susan as well as many family and friends who would visit.  Anne also traveled frequently to Fayston Vermont where she would welcome many family and friends for Thanksgiving dinners, New Year’s celebrations and warm friendship during classic Vermont skiing winters at Sugarbush and 4th of July celebrations in Warren VT, in the cool summers.

Anne’s career took her from assembly worker at the Ford/Philco plant in Spring City to her last position at Bell Atlantic (now Verizon) where she was a parts and sub-assembly warehouse manager for support to the field service group of Bell Atlantic retiring in 1991.

Having grown up in the depression era and losing her mother at a young age, Anne taught her family the value of family, friendship, and hard work.  She would work second shift at night and took care of her family during the day.  Having never completed her high school diploma due to the great depression, she started that work ethic at a young age.  She would tell the story of how she was a ticket seller at the Colonial Theater in downtown Phoenixville during the mid to late 1930’s.  She didn’t get her driver’s license until she was about 42 years old when EJ became ill for a short period of time.  Anne along with her close sister Frances (Aunt Tee and second Mom to us) were great bakers, making many a wonderful apple pie or baking a large variety of delicious Christmas cookies.  Thank you Mom (Mom) for all the love and caring you gave us we will miss you deeply, until we see you again.

Family and friends are welcome to come to a social distancing visitation at Devlin Rosmos Kepp & Gatcha Funeral Home, Main St. and Fourth Ave. Phoenixville PA on Friday July 10th at 9:00-10:00 am, followed by a Private Funeral Mass celebration.  Burial will be at Sacred Heart Cemetery.  Contributions in Anne’s name can be made to the Alzheimer’s Association at alz.org, and the family thanks you all for your heartfelt wishes and sympathy.  The family plans, once the virus crisis passes and things are safer, to have a life celebration at a future date and time.

The Funeral Mass will be livestreamed via Facebook on the Devlin Rosmos Kepp & Gatcha Funeral Home & Cremation Services, Inc. page

To order memorial trees or send flowers to the family in memory of Anne Antolik, please visit our flower store.